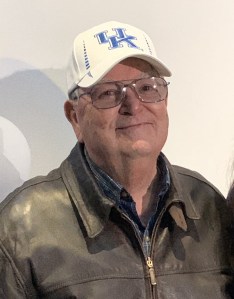 Robert Leon Miracle, 83, of Pineville, went to be with the Lord on Thursday, January 19, 2023, at the Parkwest Medical Center in Knoxville, Tennessee.  He was born in Davisburg, Kentucky on March 15, 1939, a son of the late Hilary Lloyd and  Molly Belle Lee Miracle.  He was a believer in the Baptist Faith and attended Wasiota Baptist Church.

In addition to his parents, Leon was preceded in death by his brothers, James Alva Miracle, and Loran Lee Miracle; and sisters, Jeanette Miracle Good and Letha Miracle Gambrel.

Leon graduated from Henderson Settlement in 1957 and Cumberland College in 1962.  He taught school at Laurel Fork, Henderson Settlement and Bell County High School before becoming a Standard Oil Distributor (later renamed Chevron) in 1970.  He was the owner of R.L. Miracle Dist. Co., Inc. and 119 Chevron and Miracle Mart gas stations before his retirement.

Leon was an avid UK and Bell County High School fan and always supported the annual Henderson Settlement reunion.  In September, 2022, he was honored to become a member of the Bell County Hall of Fame.  He was an old car enthusiast and enjoyed going to car shows.

Leon never met a stranger and was a wonderful husband, father, grandfather, cousin, uncle, boss, and true friend.  He always had a joke or a story to tell.  You could always find him visiting hospitals, nursing homes and funeral homes to give his love and support to those in need.  Leon’s greatest enjoyment was working on his farm and talking about his grandson.

Funeral services will be at 2:00 PM on Tuesday, January 24, 2023, at the Arnett & Steele Funeral Home with Rev. Bill Duncan and Rev. Lynn Miracle presiding.  Burial will follow at the Pineville Memorial Cemetery with family and friends serving as pallbearers.

The family will receive friends on Monday, January 23, 2023, from 6:00 PM until 9:00 PM at the Arnett & Steele Funeral Home and Cremation Center in Pineville, which is honored to serve the Miracle Family.  Light a candle of remembrance and sign the guest register at www.arnettsteele.com.