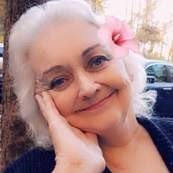 Maureen Ann Andres of Middlesboro, KY as well as Seattle, WA went to be with the Lord on Saturday, September 17, 2022. She was at home surrounded by her family. Maureen was born on December 18th, 1942 in Seattle, WA. She was the third of six children born to Cecil and Hulda Murray. Maureen’s siblings included older sister Monica, brother Frank, and younger siblings CeaCea, Lynn, and Bob. Maureen attended St. Mary’s Catholic School and graduated from Garfield High School, where she met the one and only love of her life, Alicio “Sonny” Andres. They married and had four wonderful children, Alicio Jr, Denise, Matthew, and Nikki. Maureen worked for the United States Postal Service for 23 years and retired. She was a very active mother as well as grandmother to her children, grandchildren, and great-grandchild. She was a very strong Christian and was very religious about reading her Bible daily while also praying for everyone. Maureen enjoyed her daily cups of coffee while looking out of her “window to the world” and reflecting on all the blessings she was given every day. She had a major passion for gardening in which she always stated, “I could spend my life savings on flowers.” Maureen was very proud of her Irish heritage and with that, her favorite color was of course, green. In her later years, she began to watch and enjoy football and was the World’s Biggest Seahawk Fan. She also enjoyed watching her nighttime dramas, reality TV, and old reruns. Maureen moved to Middlesboro from Seattle in December of 2014 to live with her daughter and son-in-law, Nikki and Dennis after being diagnosed with Stage IV metastatic bone and breast cancer. She was given only 6-12 months to live but she made it to 8 wonderful years. During this extra time, she got to witness many of her grandchildren graduate high school, she got to see them start college, as well as other accomplishments amongst her children and grandchildren. Maureen even was able to make a trip back to Seattle this past August to witness the first marriage of one of her grandchildren, Antonio and Serena Andres. She was a woman who saw a goal and was determined to see it to the end, she was a woman with who many people could have wonderful conversations and someone people could vent to when they needed it.

Maureen is preceded in death by her parents: Cecil and Hulda Murray; her husband, Alicio (Sonny) Andres Sr.; her son, Alicio Andres Jr.; her daughter, Denise Andres; her brother, Frank Murray and her sister Lynn Marzi.

Shumate Funeral Home will be hosting visitation for friends and family from 12-2p.m. on Saturday, September 24, 2022 with funeral service immediately following. Arrangements will be made at a later time for her family and friends she left behind in Seattle, WA.

Shumate Funeral Home is honored to serve the Family of Maureen Andres and is entrusted with all arrangements.

Candle Lighting and Guestbook is available at www.shumatefuneralhome.com