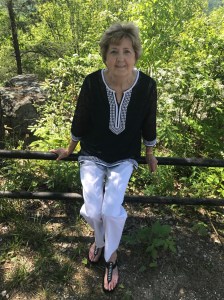 Ms. Rowena Couch Miller, age 83 of Harrogate, TN passed away peacefully at her home on June 1, 2022. She was born August 25, 1938, in Hazard, KY, a daughter of the late Marion and Nola Pace Couch. She was also preceded in death by her daughter, Deborah Ann Jones; four sisters, and two brothers. Rowena was a member of the Middlesboro Church of Christ. She enjoyed gardening, decorating, and hosting family at her home on all occasions. She retired from Commercial Bank after many years of service. She held many other jobs throughout her life including running a family-owned grocery store and working for a radio station in Barbourville, KY many years ago. Her most prized role was that of a loving mother and grandmother. She is survived by her daughter, Jackie (Rick) Slaven; grandchildren, Amanda (Dusty) Abbott, Chad (Ryan) Slaven, Daniel Jones, and Jon Slaven; great-grandchildren, Cooper Abbott and Ayla Abbott; sister, Jeanette Fredrick of MI; brothers, Edgar Couch of KY and Leonard Couch of GA, as well as a host of other family and friends.The family will receive friends Monday, June 6, 2022, from 5 PM until 7 PM with funeral services to follow at 7 PM in the Arnett & Steele Valley Chapel with Pastor Dale Turner officiating. Private graveside services will be conducted in the Harrogate Cemetery. Pallbearers: Chad Slaven, Daniel Jones, Jon Slaven, Rick Slaven, Howard Jones, and Dusty Abbott. Honorary Pallbearer: Eddie JonesThe Arnett & Steele Valley Chapel is honored to be serving the family of Ms. Rowena Couch Miller.