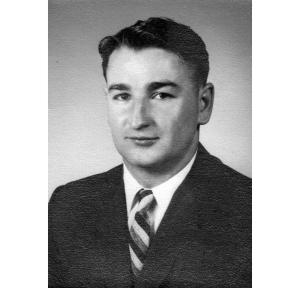 tt, Kentucky. He and his family resided at Arjay, Kentucky, for many years in a home built by him and his wife with the support and guidance of his carpenter father along with other extended family members. He and his wife later resided on Highway 92 and had spent the last few years of his life in Pineville, Kentucky.
He graduated from Lone Jack High School in 1954 where he earned the name Hawkeye for his shooting skills in basketball and later served in the United States Army from 1956 to 1959 with a tour of duty in Korea.
Rodney started in retail management with Newberry’s in Louisville, Kentucky, where he met his wife, Norma, who was working behind Newberry’s soda fountain. He also worked for Ben Franklin Stores, Gellers, TG&Y, and owned and operated Hopkins Department Store in Pineville, Kentucky, after the 1977 flood. He ended his career with Walmart in Middlesboro, Kentucky, where he was known as “Walmart” to his co-workers and friends.
He enjoyed many activities with friends and family including playing cards, horse races, eating ice cream, and watching UK basketball. He also enjoyed friendships made while gathering at Dairy Queen for breakfast, coffee, and local news. Later in life he spent his time watching Western TV, Billy Graham, and Jimmy Swaggart. He was baptized into the Pentecostal faith at an early age.
Rodney was a proud and loving husband, father, and grandfather. He leaves behind his spouse of almost sixty-three years, Norma, daughters, Margaret (David) Fuson, of Knoxville, Tennessee, Debbie Knuckles, Pineville, Kentucky, Patricia (Rick) Mason, Pineville, Kentucky, and grandson, Richard Mason, Pineville, Kentucky. As the youngest of four children, he also leaves behind a host of nieces and nephews: David Hopkins, Donald Hopkins, Doris Ann Zicari, Diane Phillips, Claire Vigna, Sue Ann MacQuilkin, Danny Hopkins, La Donna Rupp, and Larry Dean Kinser.
He was preceded in death by his father and mother, Ed and Irene (Messer) Hopkins, brothers, Ray and Reed Hopkins, sister, Ruth Steele, and beloved nephew, Johnny Steele.
Rodney knew he had been blessed with a great life and he will be greatly missed by his wife and children, who loved him dearly. He is gone from this earth, but he will always be in our hearts.
Memorial services were at 2:00 PM on Saturday, June 26, 2021 at the Arnett & Steele Funeral Home with Rev. James Teaney presiding.
The family received friends from 1:00 PM until the memorial hour at the Arnett & Steele Funeral Home and Cremation Center in Pineville, which is honored to serve the Hopkins Family. Light a candle of remembrance and sign the guest register at www.arnettsteele.com.