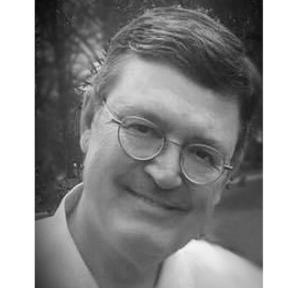 DO, 66, of New Tazewell, TN passed on December 24, 2020 after an extended illness that ultimately ended with complications related to COVID. He was a member of Indian Creek Baptist Church and active in his community that he loved so dearly.

Dr. Deaton was preceded in death by his father, Donald H. Deaton, Sr., his mother Juanita P’Poole Deaton, both of Nashville, TN, and his brother Dave Deaton of Rochester, NY.

Dr. Deaton was born on December 12, 1954 in Nashville, TN. He graduated from John Overton Comprehensive High School in 1972 and immediately volunteered for the United States Marine Corps. He completed a tour in Vietnam before being honorably discharged as a sergeant in 1976. He went on to attend college on the G.I. Bill, graduating From Lipscomb University and then Kansas City University of Medicine and Biosciences as a Doctor of Osteopathy.

Dr. Deaton practiced medicine for 36 years and had a very diverse career. He started as a flight surgeon in the United States Air Force, serving for seven years and obtaining the rank of major. For a time, he specialized primarily in obstetrics, delivering approximately 1000 babies. He held multiple leadership positions on a variety of medical boards, including Diplomate of the American Board of Osteopathic Family Physicians. His most enjoyable role was that of professor of clinical medicine because he loved teaching the next generation of physicians.

Dr. Deaton will be fondly remembered for his friendliness, his impeccable bedside manner, a compassionate and knowledgeable doctor, a distinguished professor, a proud patriot, a US Air Force officer, a US Marine veteran, and a man of faith who was devoted to serving his community, his family, and God.

There will be a small memorial service for friends and family members in honor of Dr. Deaton at Indian Creek Baptist Church on Sunday, January 3, 2021 at 2 pm. Pastor Steve Moyers will be officiating. The family respectfully asks that you wear masks and pay your respects virtually if you are experiencing any symptoms of COVID.

In lieu of flowers, Dr. Deaton preferred donations to be made to the Wounded Warrior Project.
https://www.woundedwarriorproject.org/