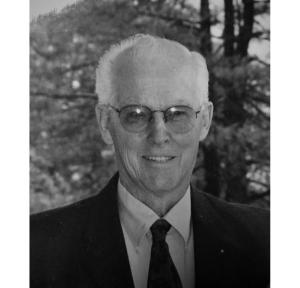 len Clemon Thompson (89), formerly of Middlesboro, passed away on November 26, 2020. Glen was preceded in death by his beloved wife of 68 years, Evelyn. He was also preceded in death by many brother and sisters, as Glen was one of 14 children; and one granddaughter, Brandy Nicole Thompson. Glen is survived by his children, Cynthia Lilly of Eustis, FL, Delores Willis of Winchester, KY, Gary Thompson of Harrogate, TN, Mark Thompson of Monks Corner, SC, and Tim Thompson of Morristown, TN. Glen is also survived by 9 grandchildren and 7 great grandchildren.
Glen was born and raised in West Virginia. He served in the U.S. Army and was a veteran of the Korean Conflict. Glen worked for National Mine Service Company for 42 years until his retirement in 1992. Glen enjoyed playing and watching golf. He always enjoyed playing games with his family, playing dominos with his grandchildren, and he never pronounced the color “blue” correctly. He was always ready with a pleasant smile and a kind word. He worked hard alongside Evelyn to serve their family, their friends, and their community. Glen served as the head of the Bell County Camp for the Gideons International and spoke in many churches in the area as a Gideon speaker. His great desire was to put a copy of scripture into the hands of every person in Bell County and around the world. Glen believed the Bible, but more than that Glen lived out the teachings of Christ to those around him. He was a man of faith and prayer, and those who know Glen knew him as a man of great Godly character.
In keeping with Glen’s wishes, the family requests that in lieu of flowers donations be made to Gideons International (www.gideons.org/donate) or Southside Baptist Church (410 Doncaster Ave., Middlesboro, KY 40965).
Private visitation will be held 12 noon- 1 p.m., Saturday, December 5, 2020 at Southside Baptist Church with Private Graveside Service at 2 p.m., Saturday, December 5, 2020 at Green Hills Memorial Gardens in accordance with Government Mandate and CDC guidelines.
Shumate Funeral Home is honored to serve the Family of Glen Thompson and is entrusted with all arrangements.
Candle Lighting and Guestbook at www.shumatefuneralhome.com

Coy F. Chadwell, of Greeneville, TN, passed away on November 23 at Holston Valley Medical Center. He was retired from... read more