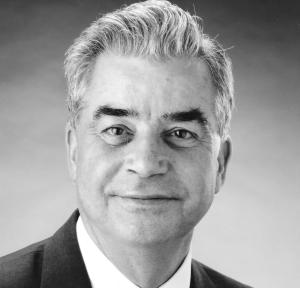 lton Smart, 79, of Greensburg, Indiana passed away surrounded by loved ones November 1, 2020. Dalton was born in Forest City, North Carolina on April 19, 1941 to Mary and Ernest Smart.
Mr. Smart was the president of his 1959 graduating class of Cool Springs High School in Forest City. After high school, he graduated from Gardner- Webb College with an Associate in Arts in 1965, Berea College in 1968 with a Bachelor of Science in Business Administration, then proudly obtained his Master’s degree in Hospital Administration from Medical College of Virginia in 1970 before its transition to Virginia Commonwealth University.
His long career included positions as Administrator at Appalachian Regional Hospitals of Kentucky and West Virginia, South Charleston Community Hospital of West Virginia, Decatur County Memorial Hospital, Hoosier Health System Heritage House, and Jennings Community Hospital in Indiana.
Dalton was both beloved by and devoted to his community and served as President of the Rotary Club of Greensburg, IN the Board of Directors of Chamber of Commerce, a Trustee of the Kentucky Hospital Association and Indiana Hospital and Healthcare Association, a Diplomat with the American College of Healthcare of Hospital Executives, and a Kentucky Colonel. He was also a member of the Greensburg Indiana United Methodist Church (GUMC) since he moved to the area in 1988.
Dalton was a kind and generous man who brought joy to everyone who knew him. He happily volunteered every year to deliver Thanksgiving meals for those in need through GUMC. His humor and compassion for others will be sorely missed.
He was preceded in death by his mother and father, brother Ray Smart, and sister Janice Oliver.
Dalton is survived by his children: daughter Connie (Vincent) Dorsi of Bloomingdale, Georgia; daughter Christina Smart of Roswell, Georgia; son Matthew Smart of Denver, Colorado; and daughter Elizabeth (Steele) Welch of Greensburg, IN; his sister Mary Elizabeth Henson; brother James (Jackie) Smart; and brother Bill (Ann) Smart. Dalton is also survived by his long-time companion Diana Springmier.
The family would like to thank Our Hospice of South Central Indiana and beloved caregivers and friends Edi Kumwenda and Ivy Choga.
Due to COVID-19, funeral arrangements will be private at this time until family can safely gather for a memorial service. In lieu of flowers, the family asks that donations be made in memorium to either the Michael J. Fox Foundation to help find a cure for Parkinson’s Disease or to Our Hospice of South Central Indiana. Online condolences can be made to the family at www.gilliland-howe.com