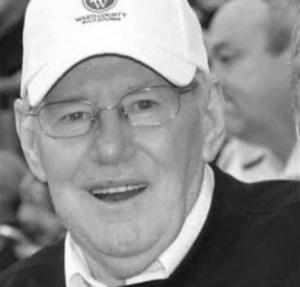 Charles Floyd Kirk “Roda”, 73, husband of Joyce Kirk, died peacefully with his children at his side Wednesday, August 26, 2020, at Bluegrass Hospice Care Center, Lexington. Born November 24, 1946 in Lynch, KY, he was the son of the late Ernest and Helen Denisna Kirk. Sonny was a graduate of Cumberland High School in Cumberland; he was a Coal Miner and an Underground Safety Director. Sonny was incredibly involved in Mine Rescue and later became a State Mine Inspector, he was a member of KHSAA and officiated for over 50 years, multiple state basketball tournaments along with football play offs. He was a devoted father and grandfather, and an avid golfer.

Memorial Services will be held at a later date.

Arnett & Steele Funeral Home and Cremation Center, Pineville, is honored to serve the Kirk Family. Light a candle of remembrance and sign the guest register at www.arnettsteele.com.