The story behind the high price of eggs 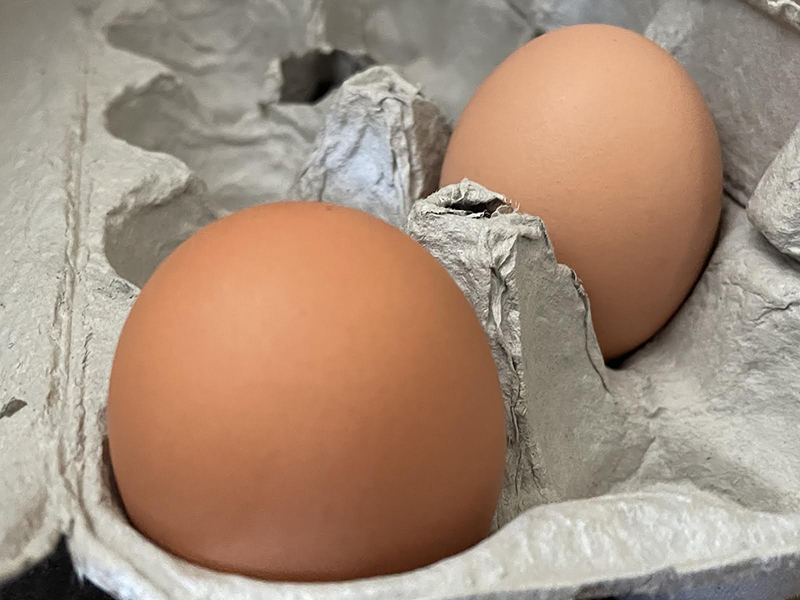 An advocacy group is blaming collusion for the rising price of eggs. Photo by John Reitman

A farmer-advocacy organization says record-breaking increases in the price of eggs isn’t being caused by inflation or avian flu, as claimed by egg companies, but by price collusion among the nation’s top egg producers.

In a letter sent to the Federal Trade Commission last week, the organization Farm Action accused the country’s dominant egg producers of scheming to raise prices.

“The real culprit behind this 138% hike in the price of a carton of eggs appears to be a collusive scheme among industry leaders to turn inflationary conditions and an avian flu outbreak into an opportunity to extract egregious profits reaching as high as 40%,” read the Farm Action letter to the FTC.

The average price of a dozen eggs jumped from $1.79 in December 2021 to $4.25 in December 2022. To explain the increase, industry leaders have cited inflation plus the avian flu outbreak, which began in February 2022 and has killed more than 43 million commercial egg-laying hens, according to USDA data.

The avian flu outbreak in 2015 was deadlier but did not produce price spikes as high as those seen in 2022. The 2015 outbreak killed about 12% of the egg-laying hens in the U.S. Most of the 50 million birds that died were egg-laying hens and turkeys, according to the U.S. Department of Agriculture’s Economic Research Service (ERS).

Egg production has become a more vertically integrated industry over the past 45 years, according to the Agricultural Marketing Resource Center, a USDA-funded program based at Iowa State University. Vertical integration means different companies have merged to control multiple stages of the egg production process.

The largest egg producer in the United States, Cal-Maine Foods, has come to dominate the egg industry through the acquisition of other egg farms across the country, according to their website.

Critics of vertical integration say it has made the egg market less competitive, allowing big companies to coordinate pricing.

“If our market was truly competitive and working the way it’s supposed to work, then if one dominant firm tries to raise their price, another firm should try to take their market share,” said Sarah Carden, senior policy advocate at Farm Action, in an interview with the Daily Yonder.

“But instead what we see is all of them raising their prices,” Carden said.

From the first quarter of 2022 to the last, the company’s margins grew more than three-fold, according to Farm Action.

“To increase your gross margins by 345% from the year before while consumers are looking at at least doubled egg prices – I mean, that’s just theft,” Carden said.

“We see big agriculture controlling this narrative about avian flu and supply chain issues,” Carden said. “But when you block out all that noise and just look at the numbers… there’s not a substantial decrease in [egg] supply.”

A spokesperson for the American Egg Board said that supply and demand set egg prices, not farmers.

“Eggs are bought and sold on the commodity market, where farmers don’t set the price of eggs – the market does,” a representative wrote in an email to the Daily Yonder.