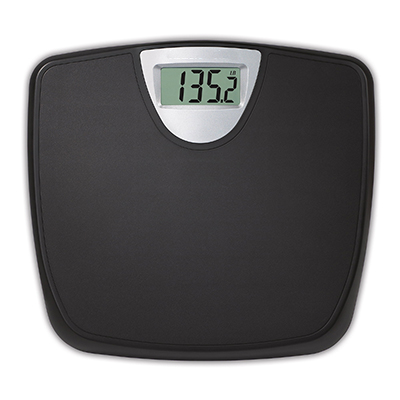 As the end of January approaches and that New Year’s resolution to lose weight may have already been forgotten, it’s important to remember that if you are overweight, it’s worth the effort to hang onto that resolution. Even losing up to 10 percent of your body weight can provide health benefits.

Karen Klefot, registered dietitian and diabetes consultant at the Barnstable Brown Diabetes Center at the University of Kentucky, told Kentucky Health News that it’s important for a person to set short-term goals when they are trying to lose weight and that even a 10% weight loss can improve blood pressure, sleep, diabetes, cholesterol and energy levels.

“There is value in losing up to 10 percent of an individual’s weight,” Klefot said. “Oftentimes, we feel like we have to lose 50 pounds, but . . . that’s a lot of weight, when really, honestly, you know, we can have those health benefits with it only being 10 percent.”

Klefot offered several suggestions for getting started with a weight-loss plan, including keeping track of your daily exercise and daily food intake as a way to evaluate where some lifestyle changes can be made.

“I think it’s important to focus on things that are realistic and attainable, especially when it comes to weight loss,” she said, later adding, “And I would say to focus on one to two pounds per week.”

For example, she said one easy lifestyle change is to trade sugar-sweetened beverages for water or to add more fiber-rich foods, fruits, vegetables and whole grains to the diet. And, she said, eat less fast food, which takes some planning ahead.

Asked about the popular low-carbohydrate diets, Klefot stressed that it’s important to not cut out carbohydrates completely because they are the main fuel source for our bodies.

“We’re not supposed to be depriving our body of carbs,” she said. Also, “We need healthy fat and we need protein.”

Further, she said it’s important to limit sweet treats to “every now and then, but maybe not every single day.” And if you have a strong sweet tooth, try adding more fruit to your diet.

Klefot also noted that increasing your physical activity is important for weight loss, noting that the general recommendation is for a person to get 150 minutes of moderate-intensity aerobic activity a week. The Centers for Disease Control and Prevention adds two or more days of muscle-strengthening activities a week to that recommendation.

Recognizing that insurance does not always cover weight-loss efforts, Klefot encouraged people to look at reliable sources when it comes to seeking solutions, such as MyPlate.gov, the U.S. Department of Agriculture‘s guide to healthy eating. In addition, she encouraged yearly physicals and said local health departments often offers diabetes programs.

“I wish more insurances would cover more appointments with a registered dietitian because I think more patients would be able to come,” which would likely reduce both obesity and diabetes in Kentucky, Klefot said.

Each year U.S. News & World Report reviews a list of science-backed diets and ranks them. The diets are reviewed by a panel of leading medical and nutrition specialists in diabetes, heart health and weight loss.

Of the 24 diets that were reviewed, the Mediterranean diet ranked first. This diet focuses on plant-based foods, like fruits and vegetables, while incorporating whole grains, beans, nuts, seafood, lean poultry and unsaturated fat from extra-virgin olive oil.

Also tied for second was the flexitarian diet, a semi-vegetarian diet that allows a person to be a vegetarian most of the time, but to still be able to enjoy meat on a special occasion.

For the first time in 15 years, the American Academy of Pediatrics has released new evidence-based recommendations for treating childhood obesity, with an emphasis on early and intensive treatment.

The new guidelines stress that obesity is a chronic disease and should be treated as such. And while the guidelines continue to say that intensive behavioral therapy and lifestyle changes should be a first-line approach, for the first time AAP now recommends children 12 and older be considered for anti-obesity medications and those 13 and older with severe obesity be considered for weight-loss surgery.

“There is no evidence that ‘watchful waiting’ or delayed treatment is appropriate for children with obesity,” Dr. Sandra Hassink, an author of the guideline and vice chair of the Clinical Practice Guideline Subcommittee on Obesity, said in an AAP news release.

NBC News reports that there are now four drugs approved for obesity treatment in teens starting at age 12: “Orlistat, Saxenda, Qsymia and Wegovy — and one, phentermine, for teens age 16 and older. Another drug, called setmelanotide (brand name Imcivree), has been approved for kids age 6 and older who have Barde-Biedl syndrome, a genetic disease that causes obesity.”

The Trust for America’s Health latest annual report says four of every 10 Kentucky adults are obese and 72.3% are either obese or overweight, ranking the state third in the nation.

New drug treatments for obesity are working, but they are expensive and are not always covered by health insurance, Lesley Stahl reported Jan. 1 on CBS‘s “60 Minutes.”

One of those drugs is semaglutide, marketed under the brand Ozempic for Type 2 diabetes and Wegovy, in higher doses, for weight loss. CBS reports Ozempic was first approved by the Food and Drug Administration as a type 2 diabetes medication in 2017. Wegovy was approved by the FDA as a chronic weight management treatment in 2021

In support of these medications, Dr. Fatima Cody Stanford, an obesity doctor at Massachusetts General Hospital and associate professor at Harvard Medical School, told Stahl that the common beliefs about obesity are all wrong. It’s not willpower, she said, “It’s a brain disease. And the brain tells us how much to eat and how much to store.” Further, she said, “The number one cause of obesity is genetics.”

Doctors are frustrated that there are drugs that works for obesity, but insurance companies won’t cover them.

“We are frustrated every single day when we see patients who desperately need to lose weight to reduce diabetes, reduce the hypertension, stroke, heart disease, and we can’t give them this fabulous, robust medication that is very effective and safe. And we can’t give it to them because insurance won’t cover it,” Dr. Caroline Apovian, co-director of the Weight Management and Wellness Center at Brigham and Women’s Hospital in Boston, told Stahl.

In Kentucky, Ozempic and Wegovy are not covered by Medicaid for weight loss. Stahl reported that  Rhode Island officials have decided that health insurance for their state employees will cover the entire class of anti-obesity drugs.

NBC News reports that experts are confident that the FDA will likely approve Eli Lilly & Co.‘s drug tirzepatide for weight loss in 2023, but it also will be expensive and there is little indication that insurers will widely cover it.

Lilly declined to comment on the new drug’s cost, but NBC reports, “Outside experts said it is possible the drugmaker could price it similarly to Wegovy, which carries a list price of around $1,500 for a month’s supply, and Saxenda, which costs about $1,350 for a month’s supply.”