Smoking is a costly habit for Kentuckians 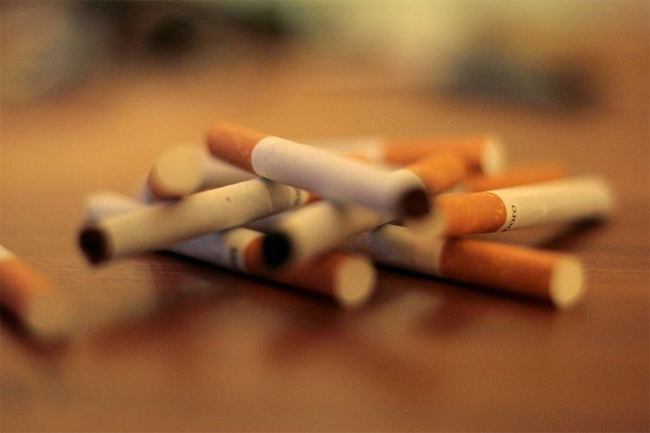 The dangers of smoking cigarettes are well known, but a recent study by WalletHub determined how much the habit can cost people in Kentucky and other states.

In the Bluegrass State, the cost per smoker is more than $2.3 million, according to the study. The website devoted to promoting fiscal health determined that figure based on several factors, including the average price of a pack of cigarettes in each state, how much individuals could have earned if they invested rather than bought a pack per day and the medical costs due to smoking.

To buy a pack a day for 48 years, a Kentucky smoker would pay $121,414 in their lifetime. They likely would have earned more than $1.6 million if they had instead invested that money.

WalletHub based the investment earnings on the historical returns for the S&P 500 while also factoring inflation to show present-day value.

The health care cost per smoker in Kentucky is more than $133,000. That’s based on the amount spent annually on smoking-related health issues in the state and divided by the number of smokers.

Once a traditional crop in Kentucky, tobacco farming has declined significantly in the state. Tobacco Free Kids noted there were 46,850 tobacco farms in Kentucky in 1997. Twenty years later, there were only 2,618, a nearly 95% drop.

Tobacco production has also been on the decline. The U.S. Department of Agriculture reported 117.1 million pounds of tobacco was farmed in Kentucky in 2021. That’s less than half of the 254.7 million pounds grown in the state in 2001.

However, Kentucky remains one of the worst states for the percentage of smokers. According to America’s Health Rankings 2022 report, 19.6% of Kentucky’s adults were smokers. Only five states reported a higher percentage.

“While the (U.S. Centers for Disease Control and Prevention) recommends over $56 million per year, only three states are currently funding state tobacco control programs at close to this level,” Ickes said.

Ickes said that shows there is still a need for groups like the American Lung Association and for employers and health insurance providers to continue urging their workers and members to kick the habit.