HB 71 is bad for Kentucky and its small-town newspapers 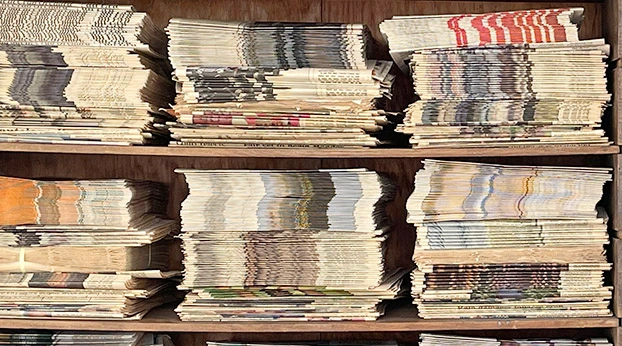 The arrival of January ushered in a new year and a new session for Kentucky’s General Assembly.

On the second day of the current session, a piece of proposed legislation was introduced that would have detrimental effects for the commonwealth.

The legislation, House Bill 71,  would remove the need for municipalities to post public notices and ads in local newspapers citing financial burden, but the bill, if passed, could be even more costly to Kentuckians and many of the state’s small-town newspapers.

The legislation would allow cities and towns to place notices, such as bids on public projects and zoning change proposals, on municipal or third-party websites.

Such a rule already applies to cities with populations of more than 80,000, but applying the same rule to rural communities could be largely detrimental to small towns statewide.

Currently, notices requiring the public to be notified of an official action must be published in a newspaper of record. HB 71 will eliminate that requirement in deference to a website managed by the municipality or its agent.

The changes in the proposal would eliminate access to such information entirely for many Kentuckians.

Consider the fact that many small towns across the state do not have an official municipal website. Likewise, much of Kentucky lacks adequate Internet coverage (remember Gov. Beshear’s Internet-improvement barnstorming tour last fall), making accessibility an issue.

Several legislators claim such advertising is too costly for local government, but according to the Kentucky Press Association, the reality is that legals represent just 0.16 percent of all municipal spending.

While a pittance to local government coffers, funding from legal advertising represents an important revenue source for small-town newspapers across Kentucky that have lost advertising dollars due to the advent of technology giants such as Facebook and Google.

Four community newspapers in Kentucky have recently closed, including the Radcliff Sentinel in Hardin County, the Banner in Princeton and the Todd County Standard.

If this proposal becomes law, that list of shuttered newspapers will grow even longer, which is a losing proposition for  Kentuckians everywhere for several reasons.

First, one essential pillar of journalism is acting as a watchdog toward local government. This responsibility includes in-depth investigative reporting – which has become difficult for smaller papers as newsroom staffing continues to shrink – but primarily encompasses summaries of government meetings.

Without a paper or reporter to cover said meetings, the public’s knowledge of municipal affairs would dwindle and potentially derive from unreliable information posted on social media such as Facebook.

A lack of good information on municipal affairs would create a less-informed and politically active citizenry, essential components of a vibrant and thriving democracy.

Second, the loss of local newspapers means the loss of the keepers of record for communities.

Local newspapers serve as a time capsule for many communities.

Newsworthy events that may warrant 30 seconds or a 300-word story for out-of-town media outlets, but which will play heavily in the local paper.

For local papers, local stories are more than just news they are celebrations of the best of what a community has to offer, and with them, the knowledge of the very best of a community might stay intact.

In our view, this legislation is bad for Kentucky, and we encourage our readers to reach out to the legislators above and let them know the same.