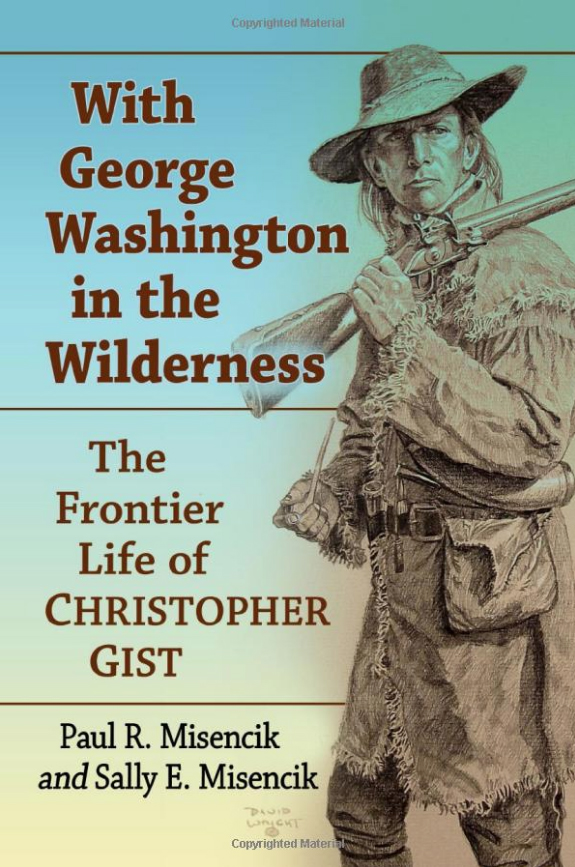 Christopher Gist was born in Maryland in the early 1700’s and learned surveying from his father. Later in life the Ohio Company contracted Gist to survey along the Ohio River from the headwaters near modern-day Pittsburgh to the Falls of the Ohio near Louisville.

This required he and his group to pass through Indian territory.

Gist kept three detailed journals that demonstrated impressive writing abilities. Some historians have called it unexpected and unlike that of other frontier explorers of his era. During this surveying enterprise his entry on Christmas, December 25, 1750, is the primary focus of our story from the mountains this Christmas season of 2021.

“It is Christmas day so I intended to read prayers,” Gist wrote while camped in a remote Indian village. “I have also invited some of the white men. They informed each other of my intentions and there were very few of them who were interested in hearing any good I had to say. They were of several different persuasions and most refused to come.”

A blacksmith named Thomas Burney went about their camps and talked to them and several changed their minds and decided to come to the service.

“The morning was spent and I had given up all thoughts of them coming,” Gist recorded. “When I did see them coming I felt the need to oblige all who came and certainly not offend anyone. I stood up and addressed everyone as though they were of the same persuation (sic).”

Gist said he had no intention or design to give offense to any particular sect or religion. He said the King George II would not hinder any of those present in the exercise of their religious worship. He proceeded to read to them the doctrine of salvation, faith and good works. Afterwards the interpreter told the Indians what was said and that it was the true faith that the great King and his church recommends to his subjects and children. As Gist read and talked to them they took him to be a minister of the gospel.

“The Indians seemed well pleased,” Gist recorded. “They came up and thanked me and in their own broken English asked that I stay and live among them. They gave me the name Annosanah meaning the speaker of true words.

They told Montour the interpreter this was the name of a good man who had formerly lived among them. Their chief said that must always be my name.

“I thanked them for their kindness but excused myself by saying I did not know whether the governor would allow me to stay. They told me they were desirous of being instructed in the principles of Christianity. They said they liked me and wanted me to marry them in the Christian manner and baptize their children. I told them that I hoped a proper minister would be appointed to them. The Indians seemed well pleased.”

“He showed me that he understood the calendar and the Sabbath and that he and his family always observed the Sabbath Day,” Gist entered in his journal.

After the winter was over and his job complete Christopher Gist returned to his home in the Yadkin Valley of North Carolina. He found his wife and family had fled to Roanoke, VA, because of Indian attacks. This was a vocational hazard for explorers at the time as all too often family members would be dead or uprooted upon their return. In addition news travelled very slow on the borderland and it influenced the action of all parties. They didn’t know if they were at peace or at war.

Gist visited with Daniel Boone in Yadkin Valley and told him of his travels on the borderland. Although Daniel was just 18 years of age at that time he was already an expert woodsman and had a keen interest in exploration and the Indian race. He listened intently and absorbed any such information. Gist soon left to rejoin his family in Roanoke. The following summer of 1751 he became part of a mission to explore the western borderland.

Gist developed a close association with the youthful George Washington who had family members among the investors of the Ohio Company. He traveled with Washington into the Ohio country in the winter of 1753 as a scout, messenger and Indian agent. He was present at the Battle at Fort Necessity and solidified his place in history by saving the life of Col. Washington on two occasions. Gist was acting guide to British Gen. Edward Braddock on his march on the French Fort Duquesne. They were ambushed and defeated by the French and allied Indians before reaching the fort. Gen. Braddock was mortally wounded but Gist and survivors of the British were led to safety by Col. Washington and the militia he commanded.

“Christopher Gist is the most proper person I am acquainted with to conduct the business of surveying western lands and negotiating with the Indians,” Washington wrote in a recommendation of Gist.

He was thus appointed Deputy Indian Agent to the Southern Department of Indian Affairs and proceeded to travel among the Cherokee Indians in 1756, seeking British allies in the French and Indian Wars. He became a good friend and ally of the Cherokees. His son, Nathaniel married Wurteh who was the sister of the two great Cherokee chiefs Doublehead and Old Tassel. Nathaniel and Wurteh became the parents of Sequoyah who was the extraordinary Cherokee who founded the Cherokee alphabet, a tremendous accomplishment for someone with his station in life.

Christopher Gist died of smallpox among the Cherokees in 1759. He was highly respected as a explorer, woodsman and map maker. George Washington went on to become our first president.

What began for Christopher Gist as a simple desire to recognize Christmas in 1750 resulted in a better understanding between these individuals with wholly different backgrounds and circumstances. He left his mark on the period in which he lived and was held in high esteem by his compatriots and native Americans alike. Though his fame isn’t thought to equal that of Daniel Boone some historians remind us that his exploits preceded the erstwhile Boone by a generation. copyright 2022 Jadon Gibson

*Jadon Gibson wishes all of his readers a Merry Christmas. “Feel free to write me at Jadon Gibson, PO Box 368, Harrogate, Tn 37752.” Jadon is freelance writer from Harrogate, TN. His stories are both historic and nostalgic in nature.

Thanks to Lincoln Memorial University, Alice Lloyd College and the Museum of Appalachia for their assistance.