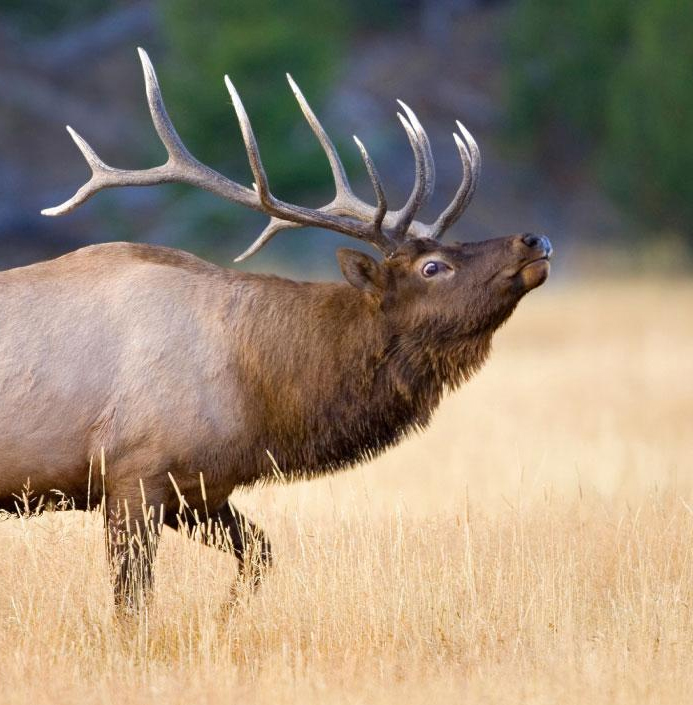 Nearly wiped out by hunting in the 1800s, elk are being reintroduced in southeastern Kentucky thanks to projects like Acres for America. National Fish and Wildlife Foundation photo

A$1 million grant from Walmart to the Acres for America program will help protect forest lands in southeastern Kentucky for public recreation, sustainable forestry, drinking water security and wildlife habitat management for various at-risk species, including elk and ruffed grouse.

Acres for America is a joint effort by Walmart and the U.S. Fish and Wildlife Foundation started in 2005 to conserve land and help local communities.

The latest grant is a combined effort that includes the Rocky Mountain Elk Foundation and the Nature Conservancy, architect of the Cumberland Forest Project, which was developed to protect more than 250,000 acres of Appalachian forest.

According to Pettigrew, the program was started by Curt Dukes, a former Walmart associate, Chris West of the NFWF and several other foundation officials, who approached Walmart about funding help to conserve public and local lands and starting out as an acre for acre offset. According to Pettigrew, this is still the core of the program, but Acres for America has far surpassed the “acre for acre” offset of the initial program.

“There was an opportunity to preserve the best of the best around the country,” said West. “And the opportunity to say, ‘Where can we really start making a difference in the landscape? Where are those places that are going to be the most impactful in a state or region?’

“The program recently surpassed a milestone, as the conservation has exceeded 2 million acres of land across the U.S. since its founding in 2005, so we’ve done a lot more conservation than Walmart’s footprint and that’s a great thing. A lot of the projects are like this one in Kentucky, where Walmarts contribution is a part of a much bigger effort, so we’re helping to support the conservation efforts of 2 million acres, as none of these projects get done without partnerships.”

Elk once were common in the eastern U.S., including in Kentucky, but populations were nearly wiped out by the mid-1800s due to unchecked hunting. Restoring elk herds across Appalachia has been an ongoing project undertaken by several entities for the past three decades.

According to Pettigrew, some of the priorities of Acres for America include conserving critical habitats for birds, fish, plants and wildlife, connecting existing protected lands to unify wild places and protect migration routes, providing access for people to enjoy the outdoors, and ensuring the future of local economies that depend on forestry, ranching and recreation. This property that is being protected holds significance for the Kentucky elk herd, as well as several species of birds that make their way up and down Appalachia each year. This program also continues to create forestry jobs, as well as attract tourists to the area.

Although Acres for America has made investments into the Cumberland forest before, into the area of the forest that is in Tennessee, this is the first Acres for America project in Kentucky. The project will place 54,556 acres under conservation easement, resulting in 274,000 acres connected across Kentucky and Tennessee, which builds on funding from Acres for America in 2020. Rich Storm, Commissioner of the Kentucky Department of Fish and Wildlife Resources, noted that this investment will protect this space for “present and future generations to enjoy and [conserve] in perpetuity important habitats for wildlife.”