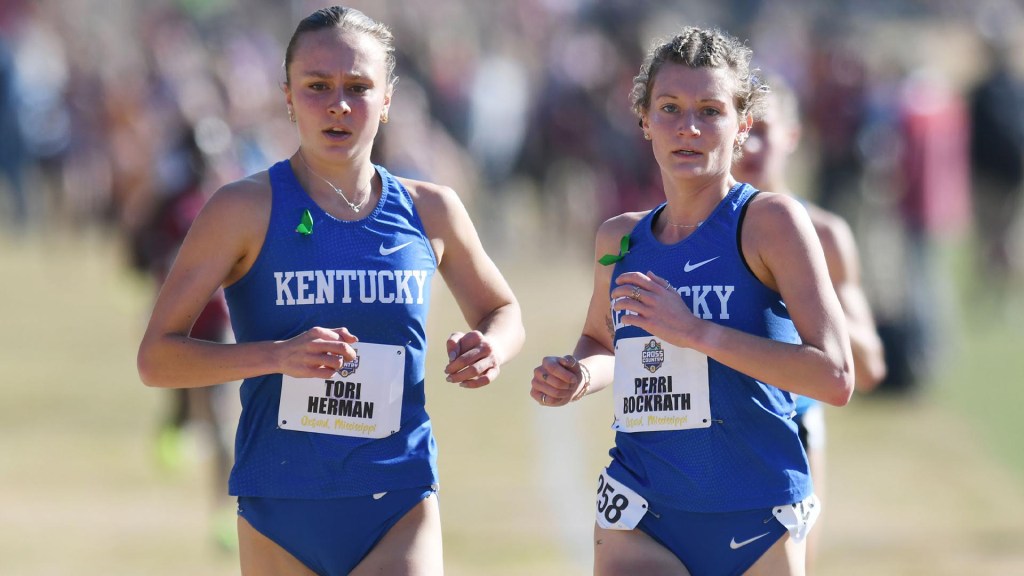 If you wanted to be a runner growing up in Hilton Head, South Carolina, it meant one thing — waking up early to beat the heat and not letting the beach life distract you.

“My mom was always a big runner and I think I ran my first 5K in fifth grade,” Tori Herman, a junior on the University of Kentucky cross country team. “I didn’t particularly like it but I kept doing it here and there. I was actually pretty serious about soccer and thought maybe if I ran it would help me in soccer. Then I ended up a runner instead of a soccer player.”

That decision has worked out well for a lot of reasons. Herman recently was named the Southeastern Conference Women’s Cross County Scholar Athlete of the Year, the first UK runner to win the award since it was started in 2014.

She has a 3.810 grade-point average with a major in finance.

“I definitely wasn’t expecting to win that award. I had no clue,” she said. “I remember my coach on the way to SEC (Championships) saying you won this award. I think I definitely work pretty hard in school. I try really hard in running but I try just as hard in class.

“I love to be good at whatever I am doing. I work, study a lot and feel like I am accomplishing a lot. I always stay on top of my school work and like to be on top.”

She’s not quite sure what she’ll do with her finance major but because of her “analytical” mind she wanted some kind of business background.

On the cross country courses, she’s elite as well. She finished fourth in the 6,000-meter NCAA Cross Country Southeast Regional last week to advance to this weekend’s NCAA national championship meet in Oklahoma along with teammate Perri Bockrath, who was ninth. Herman finished in 20 minutes, 10.9 seconds and Bockrath 20:17.3.

She was hoping her team would qualify for the nationals as well but Kentucky finished sixth out of 32 teams. Kentucky was fourth in the SEC Championship when Bockrath was sixth in 19:19.21 and Herman ninth in 19:38.37, a personal best. Herman was fifth in the 2021 SEC Championship.

Now she hopes she can “perform the best I can and as high as I can” at the national championship. She was 17th last year.

“I try to stay as level headed as possible. I do not stress out over things,” she said. “We have a plan depending on the course and who the competitors are but you still have to keep your eyes open and stay aware of everything going on. The big thing is to be smart and not go too hard, too soon.

“Track is definitely faster. You don’t have to worry about obstacles or divots (on the course) that might make you lose your rhythm,” she said. “It’s a more even playing field. Cross country you have to be more versatile because of the change of pace. I do like the evenness of running on a track but I also love not being bored in cross country races.”