Kentucky’s senate leadership will remain unchanged for next 2 years 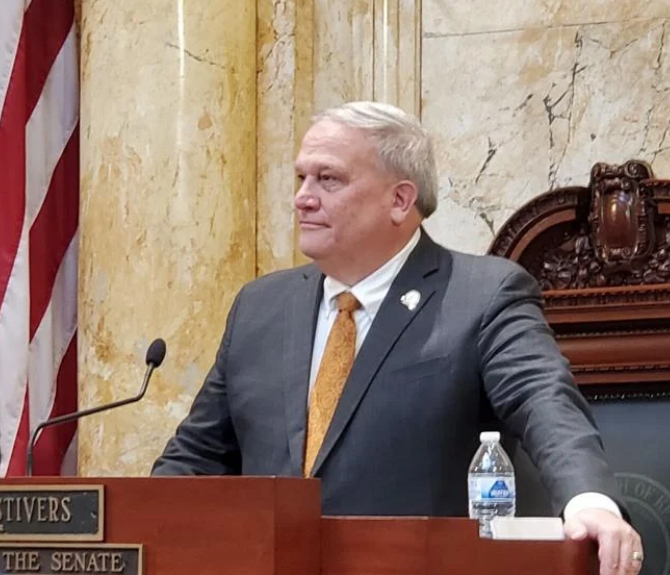 Elections were held for leadership positions in the Senate Majority Caucus after Kentuckians went to the polls last week and voted to increase the Republican supermajorities in both chambers of the General Assembly.

The GOP Senate leaders were unopposed within the Caucus, so President Robert Stivers of Manchester, President Pro-Tempore David Givens of Greensburg, Majority Floor Leader Damon Thayer of Georgetown, Majority Caucus Chair Julie Raque Adams of Louisville, and Majority Whip Mike Wilson of Bowling Green were designated to lead the Senate caucus in their respective positions for another two years.

“Our caucus members have spoken and their trust in existing leadership is a testament to our strong working relationship,” Stivers said. “Senate leaders and the entire majority caucus will continue to prioritize sound public policy and fiscal responsibility in the 2023 Legislative Session as we lead with the confidence Kentucky voters have placed in us.”

While not a requirement, the members of Senate Majority Leadership geographically represent various regions of the state.  Stivers resides in the southeastern Kentucky coalfields region, Givens in the south central pennyrile region, Thayer in the bluegrass region, Adams in Kentucky’s economic engine of Louisville, and Wilson in the western Kentucky coalfield and pennyrile regions.

The duties of those respective leadership posts are as follows:

The Senate president and Senate president pro-tempore are constitutional positions and require election by the full Senate. Since Republicans hold a 31-7 margin in the chamber, Stivers and Givens will be formally elected to the positions on the first day of the 2023 Legislative Session.

The majority floor leader guides daily legislative activity on the Senate floor to ensure a smooth process, overseeing the passage of all legislation and resolutions.

The Senate majority caucus chair presides over caucus meetings and leads in outreach and messaging efforts.

The Senate majority whip is responsible for gathering consensus among the caucus and determining vote counts ahead of legislative proceedings.