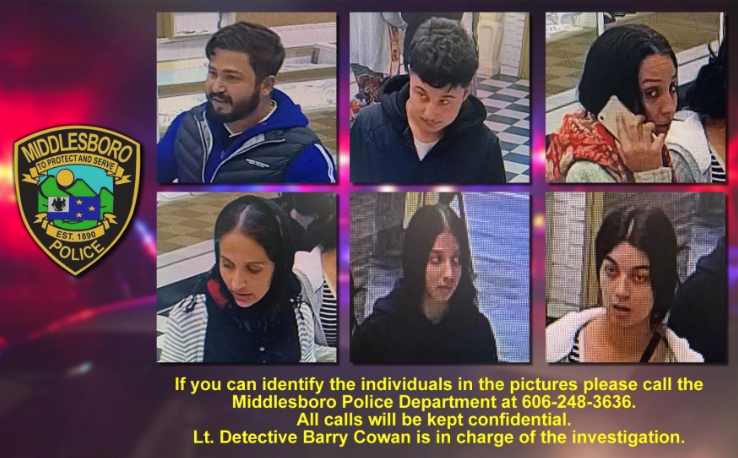 A short time after 4 p.m. Tuesday, the Antique and Modern Jewelry Store on Cumberland Avenue was robbed in what appears to be a choreographed and organized effort by six individuals.

Video surveillance and the owner of the store confirmed that initially two men enter the store and spoke to the woman behind the counter for a short period of time and then four women entered the store, all of who are believed to be Romanian and related, police said.

While the men were shopping for jewelry with a salesperson, the women gathered at the other end of the store with one attempting to go behind the counter while the men distracted the employee.

Within a few minutes, one of the other women in the group reached over a glass cabinet grabbing a full display pallet of jewelry, hiding it in her clothing. Another individual stood outside the store to distract or prevent others from entering the store, according to police.

Another owner of the store entered the business, recognized what was happening and called the police as the individuals left the store. The vehicle the suspects were in and the direction of travel has yet to be determined. Police say the group, who is believed to have been involved in several other similar incidents, made off thousands of dollars in stolen merchandise, police said.

Anyone with information about this incident should call the Middlesboro Police at 606-248-3636. Lt. Det. Barry Cowan is in charge of the investigation.