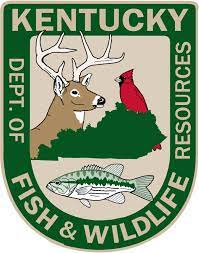 As part of its ongoing commitment to monitor Kentucky’s wild deer and elk herds for chronic wasting disease, the Department of Fish and Wildlife Resources plans to operate voluntary check stations in two southeastern Kentucky counties on three weekends this November.

Chronic wasting disease is an always-fatal brain disease that affects deer, elk and other cervids. It has not been detected in Kentucky, but has been found in six of the seven bordering states.

Hunters who harvest a deer or elk in Harlan and Bell counties can bring either the entire carcass (intact or field-dressed) or just the head of the animal to one of the following voluntary check stations on Nov. 12-13, 19-20 and 26-27.

All deer or elk should be telechecked before arriving at the check station. As an incentive, hunters who bring their harvest to one of these stations can have the animal aged at no charge.

“Hunters bringing their deer and elk to the voluntary check stations that we’ll be operating in Bell and Harlan counties will be vital to our efforts to monitor for the disease,” said Ben Robinson, acting Wildlife Division director. “Chronic wasting disease has not been detected in Kentucky but it’s knocking on our door. If it is found, we want to catch it early so we can do our best to keep it from spreading.”

The decision to operate voluntary CWD check stations at two locations in Bell County and one in Harlan County on the three weekends that fall within Kentucky’s modern gun deer season, and also include the first two days of the cow elk firearms season, was made out of an abundance of caution.

Recent detections of CWD in Virginia and North Carolina are prompting the Tennessee Wildlife Resources Agency (TWRA) to increase its monitoring in east Tennessee.

Kentucky Fish and Wildlife also has increased sample and testing goals in all of the commonwealth’s border counties this year. Ensuring that it obtains the desired number of samples in southeastern Kentucky took on even greater importance after TWRA officials notified the department recently of a suspect-not confirmed case involving a deer harvested last year in Claiborne County, Tennessee, approximately 7 miles from the Bell County (Kentucky) border. A suspect-not confirmed case cannot be verified by additional diagnostic testing, but it could indicate an early detection.

“Due to the proximity of this case in northeastern Tennessee, we want to pay even closer attention to the deer and elk herds in eastern Kentucky,” said Dr. Christine Casey, wildlife veterinarian with Kentucky Fish and Wildlife. “Protecting them is a priority.”

Staff determined the best course of action was to enhance efforts to collect samples from Bell and Harlan counties as those counties are classified as Zone 4 counties for deer hunting. Deer densities and hunter harvest are lower in Zone 4 counties compared to other zones, which can make it more challenging to collect an adequate number of samples for scientific testing.

The voluntary CWD check stations in Harlan and Bell counties, which will be staffed from 9 a.m. – 7 p.m. (Eastern) on selected dates, can help the department achieve its desired sample size. While the department is increasing its monitoring for CWD in this area, season lengths, bag limits and related regulations remain the same.

Hunters will receive a card verifying their visit and containing information about how to view CWD test results. Test results are generally available in six weeks or less.

Kentucky Fish and Wildlife staff will continue working with processors and taxidermists in Harlan, Bell and surrounding counties to collect samples for CWD testing.

Hunters drawn for a Kentucky elk hunt this year are being notified by mail that department staff are willing to make arrangements to collect samples from hunter harvested elk that have been taken to a taxidermist or processor.

“We don’t want to interfere with a head or cape intended for mounting and will work with your taxidermist to obtain the sample after they have removed the hide and antlers,” said John Hast, elk program coordinator with Kentucky Fish and Wildlife.

Kentucky Fish and Wildlife established a CWD Response Plan 20 years ago and it has evolved over time with the best available science.

The department activated the response plan last fall following an announcement by TWRA that a mature female deer in northwestern Tennessee tested positive for the disease. The deer showed clinical signs of illness.

A five-county CWD Surveillance Zone was established in western Kentucky, and special regulations remain in place for those counties (Calloway, Marshall, Graves, Hickman, Fulton). Details are available online at fw.ky.gov and in the current Kentucky Hunting and Trapping Guide.

Another way hunters can aid Kentucky Fish and Wildlife’s statewide monitoring efforts is by donating the heads of legally harvested and telechecked deer for CWD testing and aging through the voluntary Deer Sample Collection Station program. There is no cost to hunters. Location information, instructions and more information about the program are available online via fw.ky.gov/cwd.