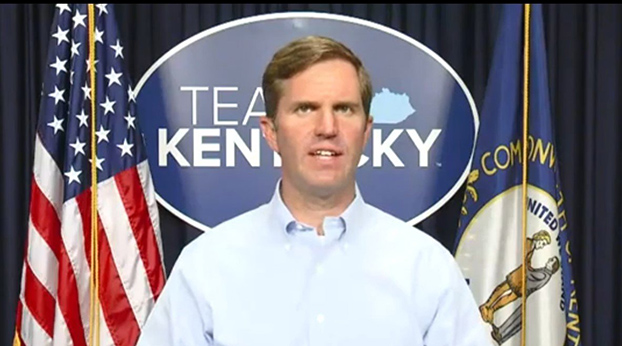 Much has been made about Kentucky’s lagging workforce participation rate in the past year, and Gov. Andy Beshear believes bolstering Medicaid benefits might help improve those numbers.

Speaking to reporters, the governor announced a plan to expand dental, vision and hearing aid benefits to about 900,000 Kentuckians currently on Medicaid. He said with unemployment at all-time lows and job growth peaking, Kentucky must look to get more people into the workforce.

Beshear said helping more working-age residents get glasses and hearing aids will help fill the new jobs coming to the state. The expansion of benefits will take effect on Jan. 1, and beneficiaries will not need to enroll to receive them.

“The goal here is to get folks to work, to ultimately get them off Medicaid,” he said. “But again, if you can’t see and you don’t have the access to resources to get the vision care you need, it doesn’t happen. It’s an impediment we have to push through.”

A release from the governor’s office did not indicate how much it would cost, but it stated federal funds would cover most of the costs.

Kentucky’s Medicaid program covers households that earn up to 138% of the federal poverty threshold. For single individuals, that’s about $18,700 a year. It’s $38,200 for a family of four.

Dr. Emmick Morris, president of the Kentucky Optometry Association, said he often hears that people won’t get their vision evaluated because they cannot afford to visit an eye doctor or pay for a pair of glasses or contacts.

“The ability to properly see is necessary to be a contributing member of society – without the proper glasses or contact lenses, a person cannot even drive to work,” Morris said. “Having these benefits readily available and covered within the Medicaid program will encourage more citizens to get the care they need.”

While Kentucky is experiencing low unemployment, not all job factors are positive. A study by WalletHub released recently found Kentucky was the fourth-most struggling state to hire workers, ahead of only Alaska, Wyoming and Montana.

The study used U.S. Bureau of Labor Statistics data for its rankings. In August, Kentucky had a 7.6% job openings rate, the fifth highest in the U.S. Its 7.9% rate over the past 12 months was also the fifth highest.

A year ago, the Kentucky Chamber of Commerce produced a report noting the state’s workforce participation rate – defined as the percentage of people age 16 and older either working or actively seeking work – was one of the worst in the nation and had been for years.

Kentucky Chamber CEO Ashli Watts said in a statement to The Center Square the business group is interested in the governor’s move.

“We look forward to learning more about the plan,” she said. “We know poor health outcomes are one of the factors contributing to Kentucky’s low workforce participation, a significant concern for Kentucky job creators.”