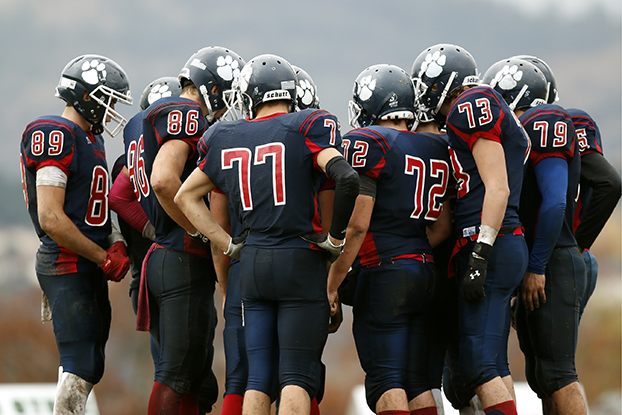 American football is one of the most popular sports in the United States. People love to watch it and search for the best nfl lines when they want to guess the scores. Young adults in American colleges also love this sport. It is a physical and demanding sport that requires great strength, speed, and stamina. Football also requires split-second decisions and quick thinking. Because of these reasons, many college students choose to play football.

Many young boys dream of becoming NFL players, but the truth is that only some of them succeed. If you love the game and you love analyzing the vegas nfl odds every weekend, this article is for you. Today, we are going to discuss some of the best college football players who may have a chance to become professionals one day.

Anderson redshirted his first year at Alabama in 2020. He is the last year’s Bronko Nagurski Trophy winner, and could very well be this year’s no. 1 draft pick! The former Freshman of the Year came out as one of the best players in college football as a sophomore.

His notable stats from last year include 101 tackles, of which 57 were solo, and 17.5 sacks. He ranked number 10 last year, but is expected to rank higher up this year.

Because of these reasons, Anderson is currently considered to be one of the best college football players.

Bryce Young, who ranked 21st last year, is a college football player who plays for the University of Alabama. He is considered one of the best quarterbacks in the sport and people predict that he will be one of the most desired players in the NFL.

This southern California native won the Heisman Trophy thanks to a school-record 47 total touchdowns. Apart from that, he set an Alabama single-season mark for passing yards with 4,872.

C.J. Stroud is a college football player who is one of the best in his position. At Ohio State, Stroud plays as quarterback, as a high-powered offense. Last year, he was a finalist for the Heisman Trophy.

According to his coach, Stroud has shown growth and maturity, which is why he has the potential to be a very successful NFL quarterback. If given the chance, Stroud could very well be on the Heisman Trophy list again next season.

These are just some of the best college football players you ought to keep an eye on.