Stoops: UK must improve to succeed this year 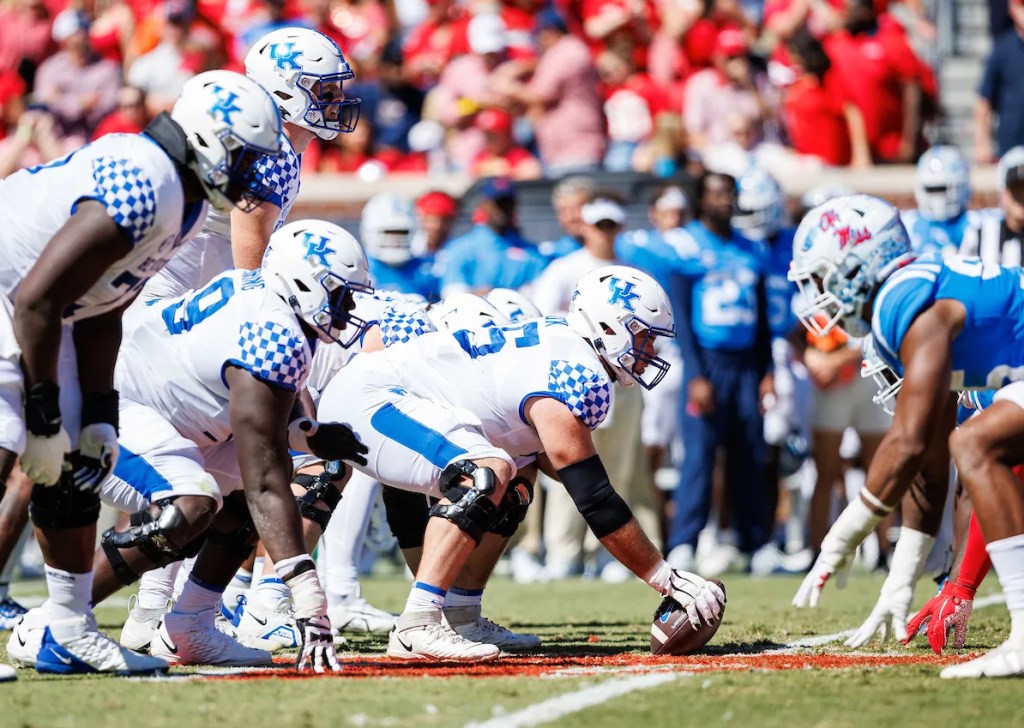 UK coach Mark Stoops said his team has to eliminate the mistakes that cost them a win Saturday at Mississippi. UK photo by Jacob Noger

Kentucky had all the tools it needed to defeat Mississippi on Saturday.

“We talked a lot about pride and our performance,” coach Mark Stoops said Monday. “That was off the charts.”

The difference-maker in the 22-19 setback to the Rebels, Stoops said, came down to “perfect execution.” The Wildcats (4-1, 1-1 Southeastern Conference) committed two turnovers in the red zone in the fourth quarter that allowed Ole Miss to escape with another narrow victory over Kentucky in its league opener.

“We didn’t have that (perfect execution),” Stoops said. “The pride and performance I feel (great about) because I love the way our team played, I really do. Adversity, mistakes and all that — the belief and the ability to drive it right back down there and put ourselves in position to win that game, after some of those unforced errors, was great to see our team respond. I wish we would have finished it.”

Regardless of the overall performance, which dropped the Wildcats six spots from No. 7 to 13th in the latest Associated Press Top 25 poll, Stoops knows the result overshadowed his team’s gritty effort.

“At the end of the day, it’s either a win or a loss,” Stoops said. “And it’s a loss, and nobody feels good about that, but I love the competitive nature of this team.”

Stoops, who has lost three games to Ole Miss by a combined margin of seven points, was making his first visit to Oxford and praised the effort of both teams. The 5-0 Rebels made a jump to No. 9 in the latest rankings.

“I thought it was a great game, even with the mistakes we made,” Stoops said. “I thought both teams played their tails off. It was competitive. Stressed each other. It was a really good football game. And it stinks to come up on this end.”

Kentucky returns home Saturday and will take on South Carolina in a 7:30 p.m. kickoff Saturday at Kroger Field. Coming off the first setback of the year, Stoops will be looking for continued improvement from his squad.

“We’ve got to really improve, get back to work and do the things necessary to put ourselves in a position to win,” Stoops said. “(The) team is banged up, we’ve got to get healed, get some rest.”

Kentucky freshman Barion Brown was named SEC co-Freshman for the Week for the second straight time following his performance Saturday.

Brown collected 245 all-purpose yards on five touches and is the first Kentucky player to win a week award three times in a season since Lynn Bowden accomplished the feat in 2019.

Brown has hauled in 15 catches for 282 yards and ranks fourth in the league in all-purpose yards with an average of 114.2 per game.