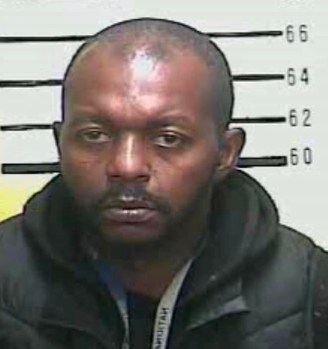 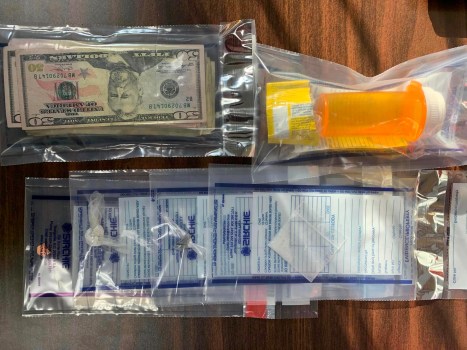 Some of the materials confiscated by police from Joshua Sutton. Middlesboro Police photo

What started as a simple stop for operating an ATV on a roadway ended with a host of drug- and traffic-related charges.

On Oct. 4, Middlesboro Police Lt. Barry Cowan stopped Joshua Sutton for operating an ATV on the roadway. Once stopped, Sutton fled on foot, Cowan said. After a short foot pursuit Lt. Cowan was able to apprehend Sutton. Lt. Cowan found a amber-colored pill bottle on Sutton that contained a rock-like substance believed to be Methamphetamine.

Cowan also found $3,148 in cash on Sutton that was seized into evidence.

Sutton was charged with an ATV violation, fleeing or evading on foot and two counts of trafficking of a controlled substance. Cowan was assisted by Sgt. Jeremiah Johnson as well as officers Bucky Harris, Hunter Marcum and Jacob Quillen.