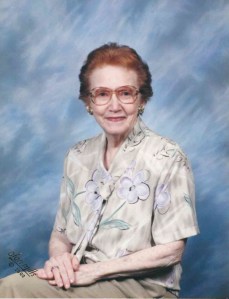 Betty Anne was born in Middlesboro, Kentucky, on August 24, 1929 to the late Jonas Alexander Huff and Buenna Payne Huff.

In 1949, Betty Anne married the love of her life, the late Arden Parks and they went on to have 3 beautiful children: Michael Stephen, Kathy Lynn and Lee Anne

Betty Anne graduated from Middlesboro High School in 1947, she later studied accounting at Eastern Kentucky University while at the same time raising her family in Danville, KY.

In 1968 the family moved back to Middlesboro where she held many jobs; bookkeeping and accounting for various businesses in the area.  In the later years of her career, she was a bookkeeper for the United Mine Workers Health and Retirement Funds.  A job she traveled to Big Stone Gap, VA for until her retirement in 1988.  She enjoyed sharing stories of her time and experiences working there.

Her memory was something to be marveled at; from poems to songs to the bible, she didn’t forget much of anything.  Telling stories of her family and friends from long ago gave her the most delight.  Stories about how her family grew up, what hardships they overcame and how they found joy in the things they had.  As she aged singing and poetry gave her great joy.

Betty Anne was a member of the First Baptist Church of Middlesboro.  In later years when she was no longer able to attend, she enjoyed keeping up with the church through their bulletin and the cards she received from her thoughtful deacons.