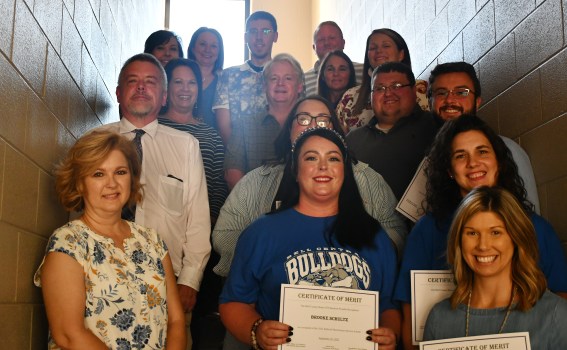 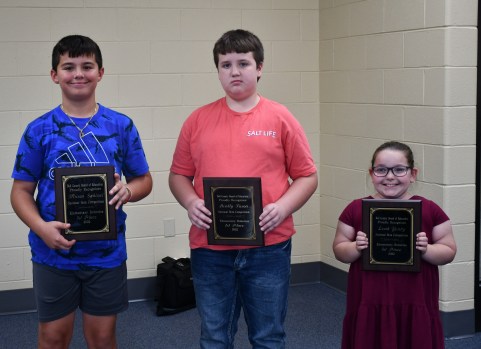 The Bell County Board of Education on Wednesday honored both students and teachers for their achievements this school year.

“It’s incredible that we had two teams in the top ten in the national,“ said Bell County Board of Education member Chris Wagner.

“Its pretty incredible though when you have that many kids go to nationals, we’re not talking about state, although state is a pretty big competition. It’s amazing that they go through that (state) and then claim the title and go to nationals and come in top 10.”

Wagner then addressed members of the Beta Club as a group.

“If you wanted to take care of your Beta coach and get them a gift card to Shades, it might be something to look into,” Wagner said.

Beta Club coach Angela Allen deflected praise to her team and the support they receive from the board.

“We would like to thank the board for their support, because every year they’ve supported us along the way financially and for everything that y’all do,” Allen said.

The Bell County School Board also recognized their teachers for their hard work with the 2022 Stillwell Meritorious Service Award.

“It’s not often we get to recognize the people in our district who go above and beyond,” said Wagner.

Named for Dr. William E. Stilwell, the award recognizes technology partnerships and is given annually “for personal dedication and outstanding service in education technology for the teachers and children of the commonwealth,” according to the award website.

“This is a very high honor that they (the Kentucky Department of Education) presents to folks,” said Wagner. “This award will go to teachers who went above and beyond to help students through the worst of times we have ever seen. Despite it being very difficult, scary, and very discouraging. But you guys were able to make it happen and excel.”

School Board meetings are held the third Tuesday of every month on the are on the second floor of the Bell County Area Technology Center.