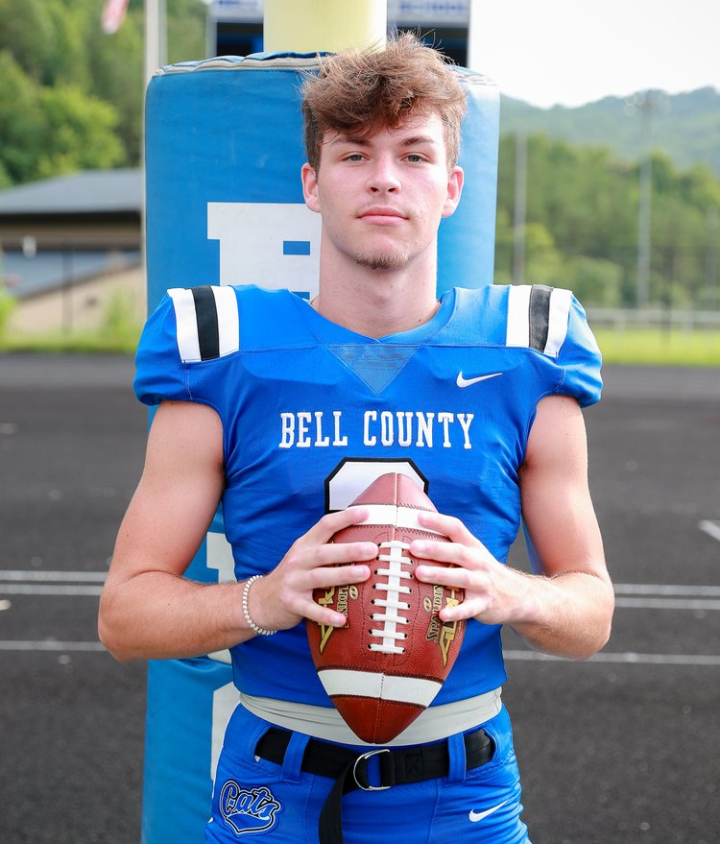 The Bobcats were quick to get on the scoreboard as Thomas scored on a 43-yard touchdown run. Quarterback Blake Burnett added the two-point conversion to make it 8-0 with 10:52 left in the opening quarter.

A 47-yard TD pass from Tye Hamblin to Shane Parker set up Hunter Smith’s six-yard touchdown run. Whitley County added the two-point conversion to tie the game at the 8:05 mark.

Dawson Woolum took the ensuing kickoff 50 yards and scored on a 10-yard touchdown run to make it 16-8 with 6:16 remaining in the first quarter.

Thomas added his second TD, a 39-yarder, with 1:13 left in the first quarter, giving Bell County a 22-8 advantage.

Burnett went in from the 1 on a touchdown keeper with 3:27 left in the first half.

Bell County added one more score before halftime as Woolum recovered a fumble and went 95 yards for the TD to make it a 38-8 game.

The Colonels scored three touchdowns in the second half in a pair of touchdown passes from Hamblin. He also added a rushing TD.

Bell County gained 288 rushing yards with Woolum leading the Bobcats with 142 yards on 26 carries. Thomas followed with 136 yards on 14 rushes.

Burnett completed six of seven passes for 59 yards for Bell. Thomas, George Pace and Woolum each had two receptions for the Bobcats.

Thomas led the Bell defense with 13 tackles and forced a fumble. Hayden Dameron added 19 tackles. Woolum and Pace had nine and eight tackles, respectively. Blake Evans, Ethan Raby and Teddy Saylor each finished with six stops. Dameron, Saylor and Raby each recorded one sack for the Bobcats.