Avoiding checkpoint does not pay off for Pineville man 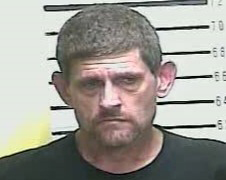 A Pineville man faced multiple charges recently when sheriff’s department officials say he was trying to avoid a safety checkpoint.

On Thursday, September 8, 2022, the Bell County Sheriff’s Department conducted a safety checkpoint on Highway 72 in the Blackmont community.

During the operation, Sgt. Frank Foster observed a vehicle turn abruptly into a driveway.

The sergeant went to the location initiating a traffic stop finding an individual, identified as 49-year-old Eric Bryant of Pineville, who had exited the vehicle and was standing at the door of the residence.

Sgt. Foster knew Bryant to have a suspended operator’s license. After being asked what he was doing at the home and for a name of anyone living at the residence, Bryant could not provide any answers. He did state he turned into the driveway because he didn’t want to get a ticket for having a suspended license.

Chaplain Allen Sanders made contact with the homeowner who said they did not know who Bryant was. The sergeant was then asked to come to the porch as the chaplain was speaking to the homeowner. The homeowner stated that there were two bags laying on the porch where Bryant had been standing alone when the sergeant arrived. Sgt. Foster then retrieved the bags which contained a crystal-like substance believed to be Methamphetamine.