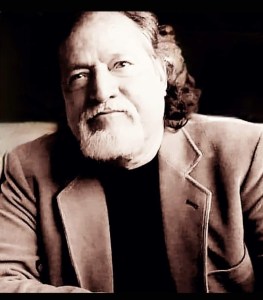 Gary Lenn Mayes, age 74, of Middlesboro, Kentucky, passed away suddenly at his home on September 11, 2022.

He was born In Middlesboro on September 9, 1948 to the late Thomas Sterling and Mattie Marsee Mayes. In addition to his parents, he was preceded in death by his son Joseph Steven Mayes, brother Leon Mayes, and infant twin brothers.

Gary was a proud Veteran of the United States Army, serving as a Corporal in the 101st Airborne. During this time, he saw combat in the Vietnam War, earning a Purple Heart for his admirable service. After his duties to the United States Army were complete, he began to serve his fellow brothers back home. As a founding member of Vets Serving Vets, Gary put in innumerable hours of time and dedication into seeing that his brothers were provided with the resources that they needed. He also proudly orchestrated and took care of the beautiful American flags you see when driving down Cumberland Ave. Gary equally fought for our freedoms overseas, as well as the freedoms of his brothers here at home.

In addition to his passion for his country, he was also a past Worshipful Master of the Shawanee Masonic Lodge #546, a past Post Commander of the American Legion Post 14, a proud member of the Elks Lodge #119, as well as a member of Veteran’s of Foreign Wars and Shriner’s International. It was evident that Gary loved helping his community in any way he could, and he always stood ready to assist any fellow Veteran in need.

Funeral Services will be conducted at 11:00 a.m. Saturday, September 17, 2022 at the Green Hills Funeral Home Chapel with Masonic Rites given by the Shawanne Lodge #546.