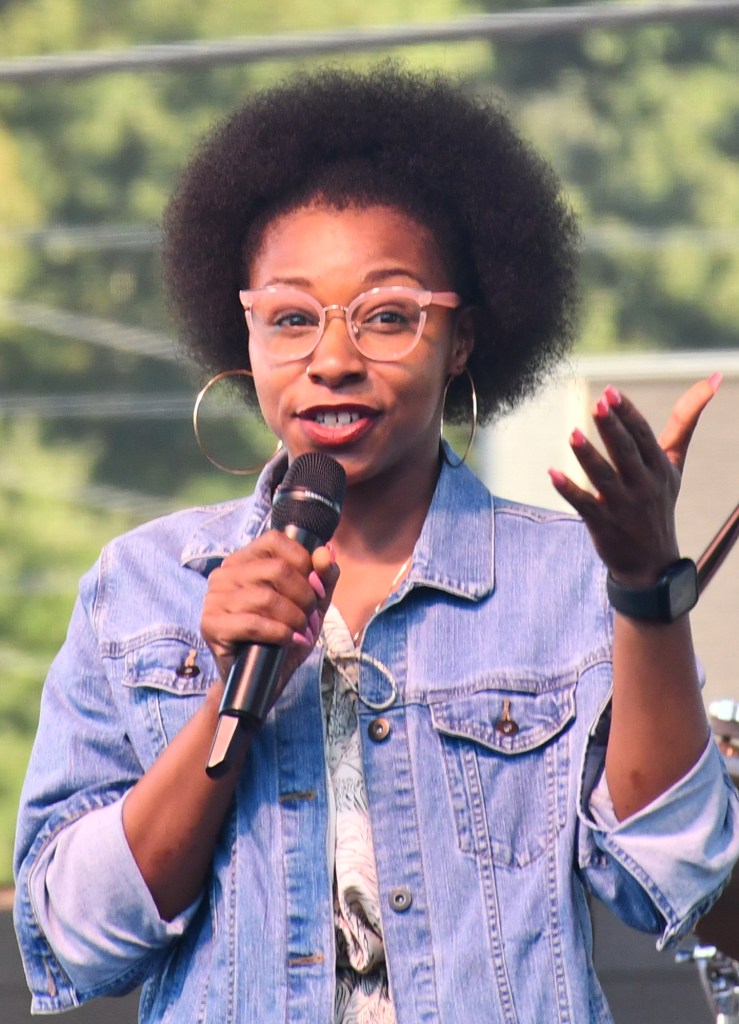 As programs officer for the Mortimer and Mimi Levitt Foundation in charge of managing nearly 20 Levitt AMP sites across the country, Amber Withers spends a lot of time on the road.

Recently, she was in Middlesboro to check up on things here and said the local concert series that began locally in 2015 and just concluded this week for current season, has a bright future in eastern Kentucky. Only Sheboygan,Wisconsin, and Trenton, New Jersey, both of which are much larger than Middlesboro, have had concert series as long, Withers said.

“Middlesboro has had its Levitt concert series since 2015, with only two other sites around as long as Middlesboro,” she said.

“Middlesboro is in good company for a town it’s size.”

The foundation’s goal of providing free, quality music to the masses traces its roots to the East Coast a half-century ago, but it is about more than just music.

“The Levitt foundation began their program of offering free music to everyone back in the ’70s in Westport, Connecticut,” Withers said.

“One of the goals of the foundation is to foster meaningful connections for communities to come together, support each other, and inspire sustained excitement for the power of free, live music to build community among people of all backgrounds and ages. Middlesboro will be hosting the series again next year in 2023, and are eligible for as long as they apply for the grant.”“Combating injustice, structural racism and oppression. That is the goal. We believe the arts, especially the power of free, live music in public spaces, can help bridge divides, inspire hope, and strengthen communities.” Withers continues.

The program also is a way to strengthen communities, and never was that more evident this summer, when the local concert series helped raise money for flood relief efforts in other parts of eastern Kentucky.

“We support any and all effort to rebuild,” Withers said. “One of the goals of the Levitt foundations has always been to raise money for the local community, and we’ve seen nothing but success come out of the foundation when it comes to building back communities.”