Wing and a prayer: Teams compete for cash prizes in annual cookoff competition 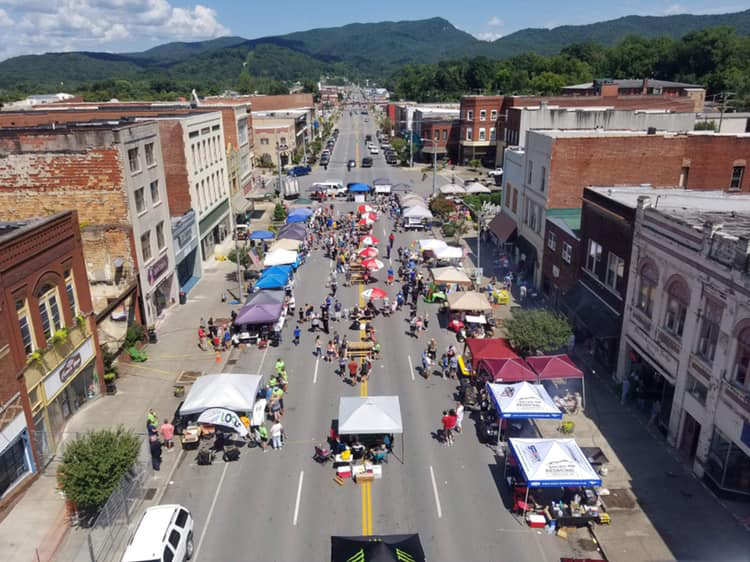 The annual Wing Fling is back Saturday in downtown Middlesboro. Photo submitted

Saturday should be heaven on earth for chicken wing fans anywhere near Middlesboro as the annual Wing Fling returns.

The festival allows local restaurants and backyard chefs to prove once and for all that their hometown hot wings are second to none. Tickets are $10 and allow guests to sample wings from more than 15 competing vendors. The event also will include live music.

“We’re anticipating anywhere from around 80-100 pounds of chicken per team. I just ordered twelve hundred pounds of chicken wings,” said event organizer Steven Cambron. “Participating teams are well aware of how they are judged. Most ingredients are not off limits, but we try to steer people away from peanut oil because of allergies.”

All teams bring their own ingredients and supplies to cook with, and the event is open to the public to come try the team’s chicken wings.

“That first year we had eight teams that competed that first year, in 2015, that same year that Levitt started,” Cambron said.

The judging for Wing Fling is completely anonymous. Everyone turns their chicken wings into the judges in a box, basically a to-go box from Shades, that is unidentifiable except for a randomly selected number that is associated with that team. When the judges choose the winner, they only know the number.

“The judges don’t know (whose wings) they’re trying,” Cambron said. “The teams don’t know who the judges are.”

“There’s a tearaway section on everyone’s ticket that they purchase, and every team station has a box to collect them. So if someone goes through it, and they really like a teams chicken, they tear it off, and put it in there,” Cambron said. “There’s a nice, big trophy, and they get free entry into next year’s festival.

“We have some good donations from local businesses, and we’re supported by Bell county tourism, since its a really nice tourism event.”

Although this year’s event has not yet taken place, talks already are in the works on how to make next year’s event even better.

“We’ve been talking about, for next year, introducing a concert series to coincide with the festival, utilizing the Levitt stage, since it’s right across the road,” Cambron said.