Stoops gets milestone win in The Swamp 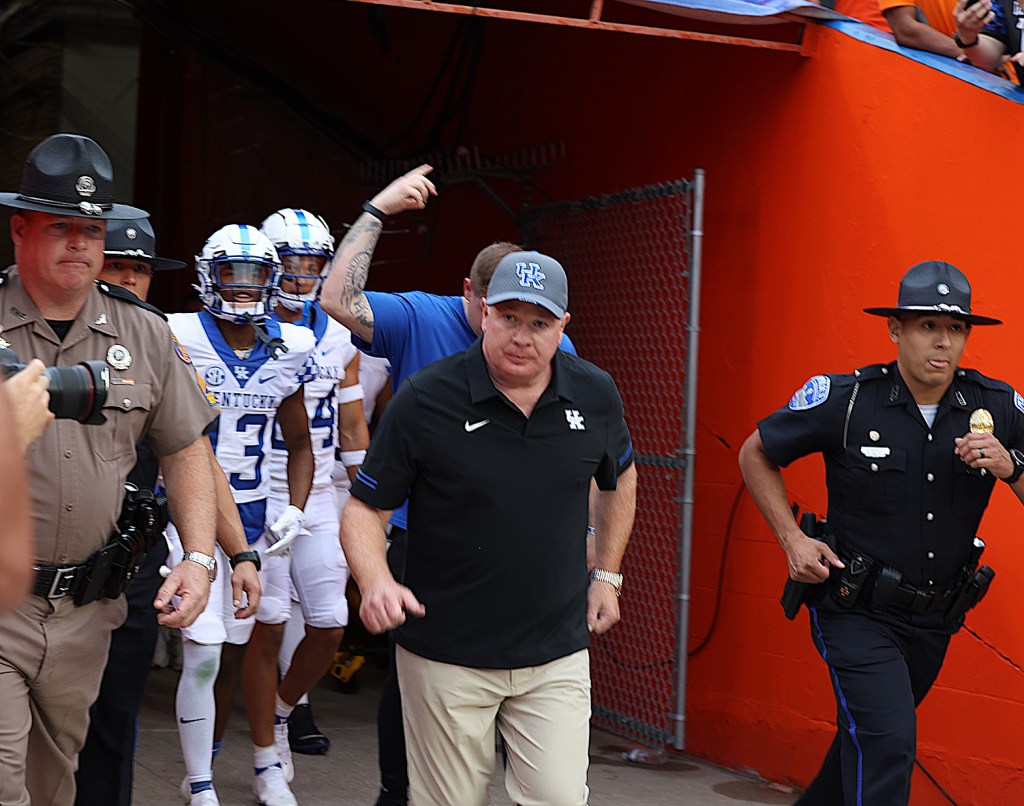 For the first time since the 1976-77 seasons – a span of 45 years – No. 20 Kentucky (2-0, 1-0 Southeastern Conference) notched two straight victories over No. 12 Florida, with the latest, a 26-16 triumph Saturday, giving Stoops his 61st victory as coach of the Wildcats to surpass the late Paul “Bear” Bryant as the program’s winningest coach. It is a record that stood since 1953.

Stoops said on a television postgame interview following the contest that he was “fortunate” to surpass Bryant.

“A lot of great players, coaches have been through here,” he said. “To be able to persevere through this difficult conference, I have nothing but respect and appreciation.”

It took three decades for Kentucky to end a 31-game losing streak to Florida. Since ending the skid in 2018, the Wildcats have won three of the past five games against the Gators, with two of those coming in Gainesville.

Kentucky overcame several miscues in the first half, a list of errors that included a bad snap on a punt and an extra point attempt. However, the team’s defense collected two interceptions, including Jordan Wright’s pick in the second quarter that later resulted in a score for the Wildcats.

Kentucky’s defense shut out the Florida in the second half and grabbed the momentum on Keirdron Smith’s 65-yard interception return for a touchdown with 3:25 remaining in the third quarter. Florida was limited to 91 yards in the second half and the Wildcats stopped the hosts on fourth down twice in the fourth quarter as the Gators slipped into desperation mode.

A 26-yard field goal by Matt Ruffalo with 1:24 remaining produced the final margin.

Kentucky quarterback Will Levis threw for 202 yards and a touchdown, an impressive 55-yard touchdown strike to freshman Dane Key, who made a spectacular grab, in the second quarter. Levis completed passes of 10 yards or more to five different receivers. Levis also rushed for a score in the second frame.

In addition to Levis’ performance, Kentucky’s backfield gained traction in the second half, with starter Kavosiey Smoke leading the way for the Wildcats with 80 yards on 14 carries.