Seeing red in the forest 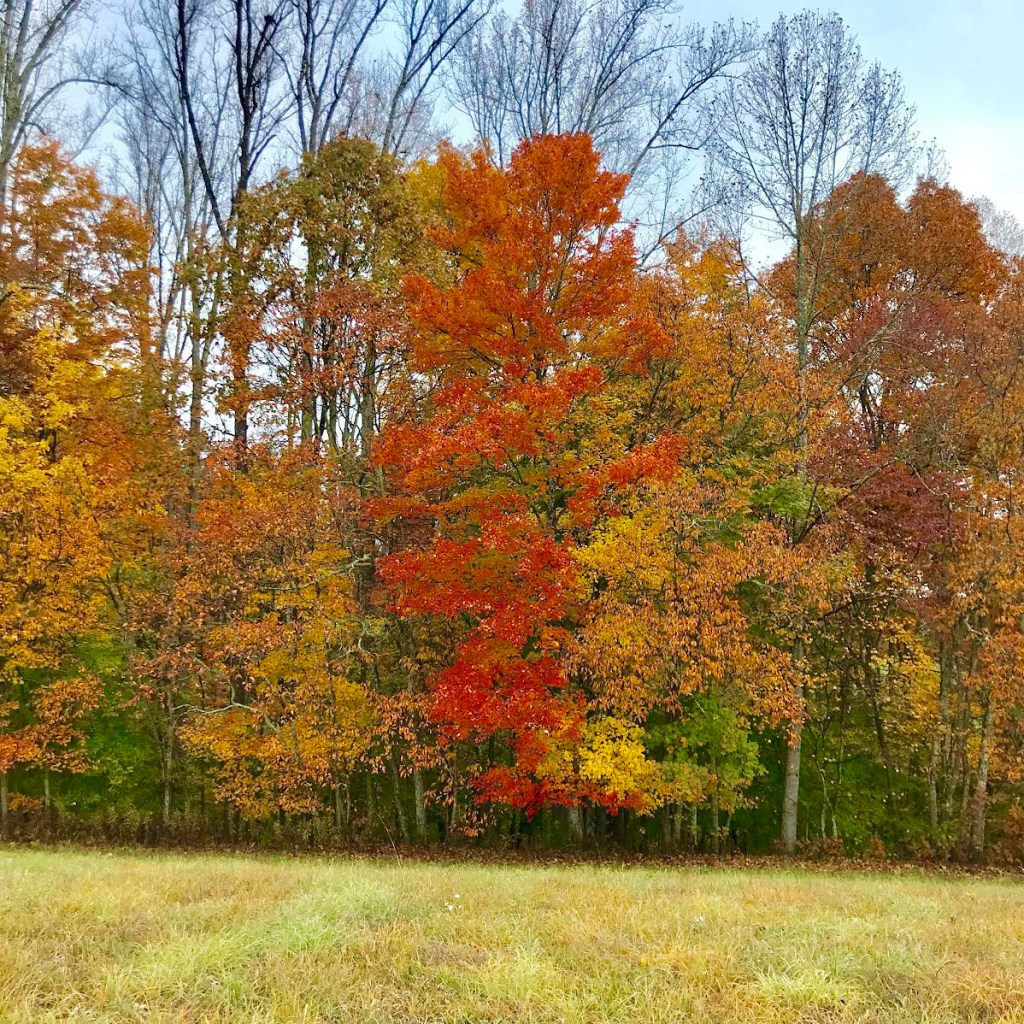 Some colors associated with fall foliage can be found all year. Photo by Steve Roark

You have no doubt enjoyed trees displaying a red canopy during the fall color blitz, which are likely as not red maples. The tree comes by its name honestly, as there’s something red about it all year long. In spring they bloom red flowers, in early summer you’ll see the red of ripening seeds, and all summer long the leaf stem will show red. Come autumn, much of the brilliant reds in the mountains are from red maples. In winter the end twigs and buds are also red.

Red maple (Acer rubrum) is the most common tree in our area. It’s fast growing and can reach 70-80-foot heights with a crown spread of 40 feet. The leaves are triangular shaped with 3 to 5 protruding lobes, separated by clefts with sharp angled bottoms. The leaf margin is “toothed” with lots of pointed serrations. The bark is light gray and smooth when young, but as it ages develops a darker gray and forms rough ridges running up and down the trunk. Old trees will have shaggy flat bark plates. The seeds are the familiar helicopter style (called samara) with a single wing and a seed that spins around as it falls, hopefully catching some air and drifting further away from the mother tree. The twigs, buds, and leaves all form on the branches in opposing pairs.

The wood of the red maple has medium hardness and is used to make furniture, crates, and railroad ties. Maple is known as one of a “tonewoods”, meaning it has consistent acoustic qualities, and is used to make musical instruments. Several wildlife species will eat the seeds, twigs, and buds of maple, including squirrels, chipmunks, grouse, quail, deer, turkey, rabbit, finch, and grosbeaks. In earlier times red maple was considered to have medicinal value, mostly in the inner bark, which was used to treat eye sores, cramps, diarrhea, and coughs. The bark was also used as a dye. The sap can be used to make maple syrup, but the sugar content is not as high as sugar maple. Probably the most common used of the tree is as a landscape plant, popular for its bright color during different seasons and rapid growth. The Japanese take their fall color watching seriously, and will seek out places known to display the bright color of maples, and call the act of viewing them “momijigari”, which translates as “red leaves hunting”. The down side of red maple as a yard tree is it’s prone to wind and ice damage and can have disease problems.

Foresters (including me) have an issue with red maple in that it is slowly taking over forests formerly dominated by oak and hickory. Oak is a highly valued both for its wood and as a critical wildlife food source from the acorns. Red maple is the ultimate survivor species, able to grow about anywhere, from swamps to dry ridges, in sunlight or shade. So as oak forests are cut or die from old age, red maple is working its way into the forest canopy, turning it redder as time goes on. Forest managers are challenged with how to keep the oaks around.