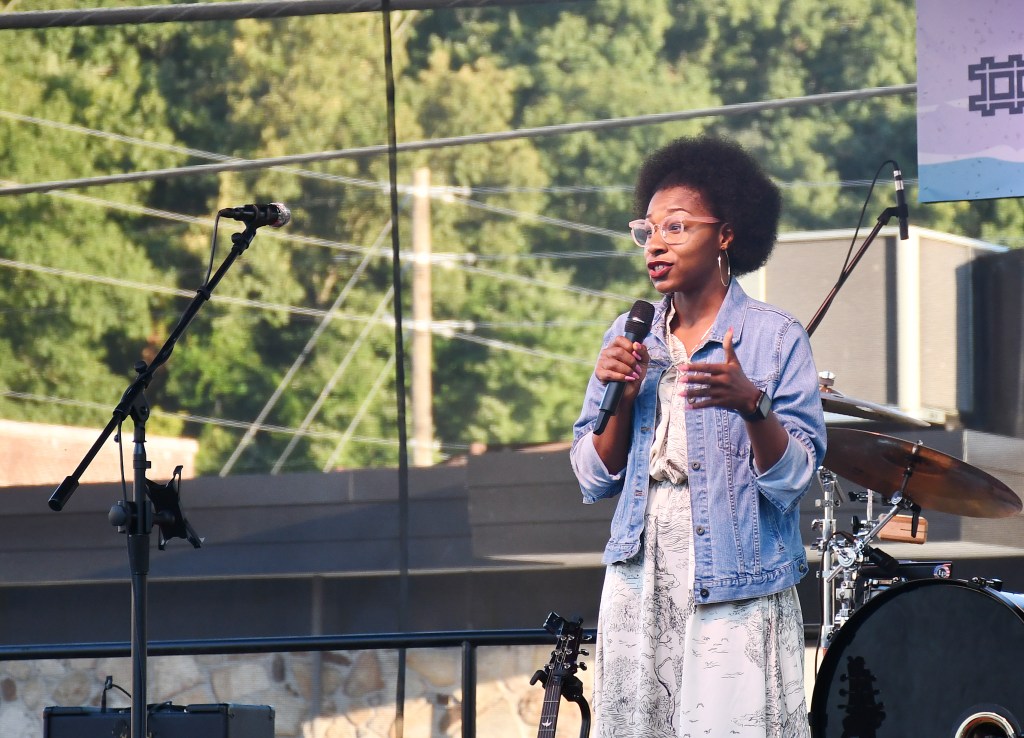 Since 2015, the Levitt AMP Middlesboro Music Series, presented by Middlesboro Main Street, has brought new life and meaning to a once-vacant gravel lot where a bustling Woolworth’s department store and soda fountain once stood. Powered by volunteers, the Levitt AMP series has transformed this space into a vibrant, arts-filled destination for music and community, complete with a volunteer-installed lawn, donated permanent stage and wall mural created by a local artist. The city of roughly 10,000 has witnessed the revitalization of the local farmers market, as well as shops and restaurants during the concert season.

Withers is a program officer from California, managing 18 sites, resources and paperwork for the series, assisting with planning, recruiting talent and speaking with different agencies to promote the series.

Cities that qualify for a grant must be smaller, with a population of 250,000 or less, 20 miles or more out from a major city.

“The Levitt AMP series chooses a site for its stages overlooked for years like the one in Middlesboro,” she said. “I believe the first stage in Middlesboro was actually made of wood. It’s grown a lot since then.”

The series has been returning to Middlesboro every year since 2015, and was one of the first grantee AMP sites.

Withers discussed what Levitt means to communities everywhere, and the ultimate goal of the Levitt AMP sites.

“Commitment to advancing equity, diversity, and inclusion, to strengthen the social fabric of communities in America. There is much to be done to combat injustice, structural racism, and oppression, and the arts, especially the power of free, live music in public spaces, can help bridge divides, address inequities and strengthen communities,” Withers said. “To remove any price is to remove a socioeconomic barrier. That is why all Levitt concerts are free, to eliminate barriers.

“Combating injustice, structural racism and oppression. That is the goal. We believe the arts, especially the power of free, live music in public spaces, can help bridge divides, inspire hope, and strengthen communities.”

The Levitt AMP series strives to include a diverse lineup, and no two shows will be alike. Diversity can come in the form of race, gender, as well as ability. All artists are picked by the local planning committee, and are paid a competitive rate.

“We support any and all effort to rebuild,” Withers said. “One of the goals of the Levitt foundations has always been to raise money for the local community, and we’ve seen nothing but success come out of the foundation when it comes to building back communities.”

The Levitt concert series, which concludes Sept. 15, is scheduled to return next year. The 2023 series will continue to build upon this momentum, augmenting the community-driven revitalization of Middlesboro’s downtown, positioning the series for a wider impact through robust partnerships with local and regional nonprofits.