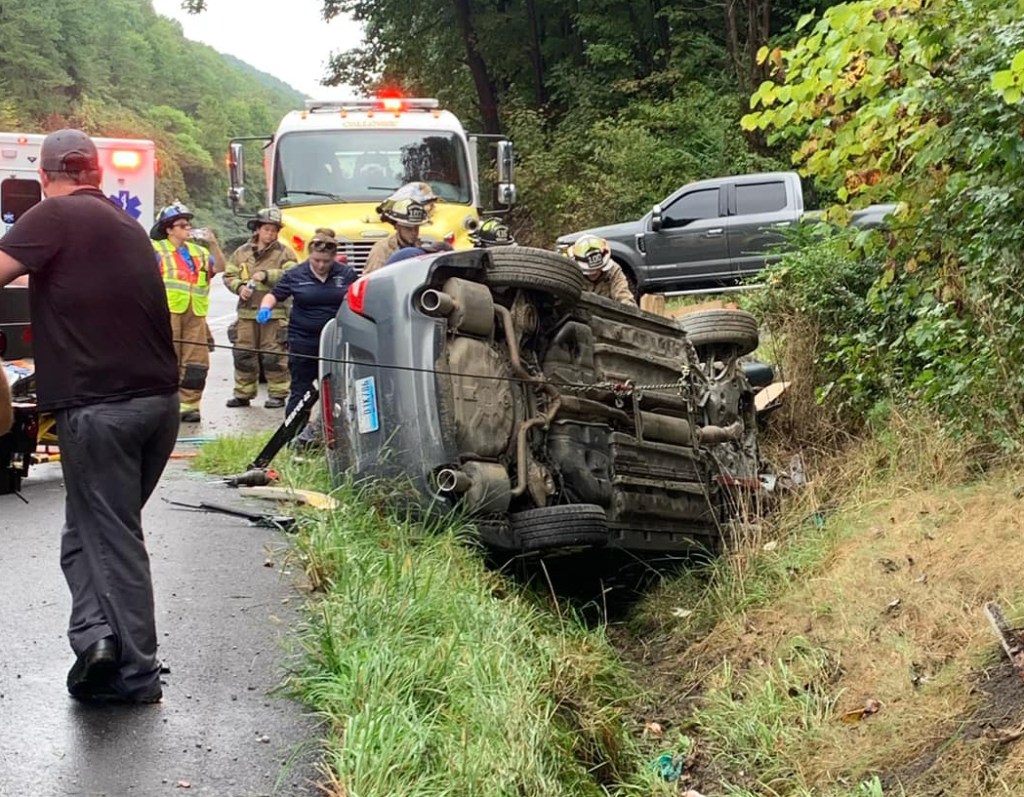 Officials say wet road conditions might have contributed to this accident. Photo submitted

Bell County Volunteer Fire Department responded to a single-vehicle accident in the early morning hours of Sept. 5 on US 119 near Tan Yard Hill.

The female driver was extricated from the vehicle and transported by Bell County EMS to Middlesboro ARH after her late-model Nissan SUV went off the road, flipped and landed on its left side. AirEvac was called to the scene, but was unable to get into the air due to unsafe flying weather.

“I can’t say what may have caused the accident, but it may have just been the road and weather conditions,” said Bell county volunteer firefighter Chief Tim Howard.

Also on the scene were Bell County Rescue Squad, Bell County Sheriff’s Office, as well as units from Calloway and Morgan counties.

Traffic was slowed for at least a half-hour as the crash reduced traffic from three lanes to two.

“I went to check on her not too long ago and visit with her in the hospital,” Howard said. “She had a few injuries, but she was talking and conscious. I spoke with her family as well and they said she was doing better.”