Robert Jon and the Wreck crash the stage 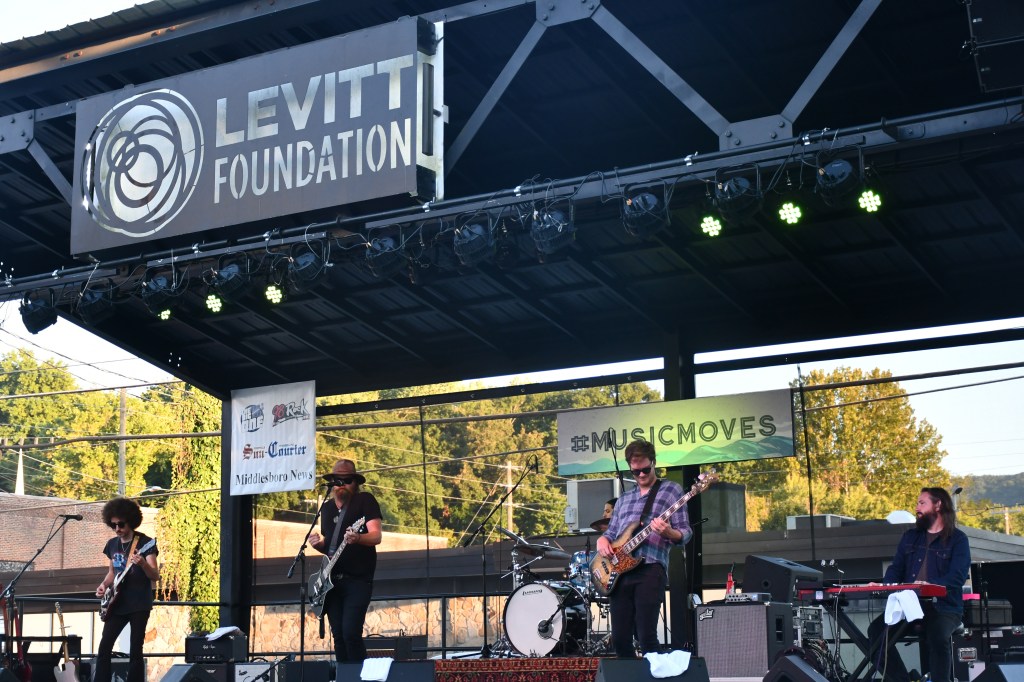 This band has been taking the southern rock sound established on the east coast and bringing it around the world. Since their inception in 2011, Robert Jon Burrison, Andrew Espantman, Steve Maggiora, Henry James and Warren Murrel have been electrifying audiences around the globe with their soaring guitar leads, boogieing grooves, rich vocal harmonies and memorable tunes.

With 2021’s critically acclaimed studio album Shine A Light On Me Brother, the band received airplay on the UK’s Planet Rock, BBC Radio 2, The Max, Total Rock, MMH Radio, ERB Radio and Radio Caroline with the title track and “Everyday.” Their latest releases “Waiting For Your Man” and “She’s A Fighter” via blues-rock titan Joe Bonamassa’s KTBA Records are available now. For more information, visit RobertJonAndTheWreck.com

Crawlspace, consisting of a musical force of some of Knoxville’s most talented musicians formed by veteran blues rocker and harmonica wizard Michael Crawley, opened for Robert Jon and the Wreck.

Crawley has been a mainstay of the Knoxville music scene for more than two decades fronting crowd favorite bands such as Crawdaddy, the MacDaddies, and most recently Knoxville’s top blues band and International Blues Challenge semi finalists Jenna and Her Cool Friends.

With Jenna’s exit from the music scene to spend more time with family, Crawley and other Cool Friends members are coming together to form Crawlspace, a rocking, blues funk project that will not disappoint long-time followers. Crawlspace is a welcome addition to the music scene for blues lovers and fans who truly appreciate the musicianship of these talented players. Crawlspace plans to bring special projects to Knoxville as well, including the Harmonica Howl, a showcase of top notch harmonica players that Crawley brought together in 2015.

“We have only two more Levitt concerts this year until next year,” concert organizer Dana Greene said. “We plan on coming back next year. And our Levitt AMP Middlesboro sites are what is known as a repeating grantee site, and is one of three in the country.”

Victor Wainwright and the Wreck will visit the Middlesboro Levitt stage on Sept. 8.

Although his career began more than a decade ago with rock n’ roll honky-tonk, Wainwright has broadened his artistic scope over the years to include music representing virtually every corner of the music world. His interest in music discovery, sheer love for entertaining and curiosity have led him all around the world, and the resulting perspective is a reflection of his passion for entertaining and creating progressive roots music in an effort to move the art-form forward. Composer, producer, vocalist, and award winning entertainer and piano player.

There are two weeks left in this year’s Levitt AMP series, which concludes Sept. 15 at the Levitt concert venue located on 2005 Cumberland Ave. in Middlesboro.