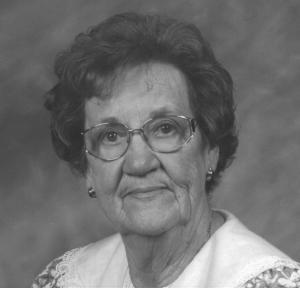 Kathryn Greene Walton, 98, passed away at the Hopkins Center in Woodburn, Ky. Kathryn was born on May 23, 1924.

Kathryn was preceded in death by her husband, Roy E. Walton; her parents, John and Myrtle Greene; five brothers and four sisters as well as her granddaughter, Emily and son-in-law, Tom.

Kathryn was born in the eastern Kentucky coal mining camp of Balkan, Ky where her father was an engineer for the coal company and her mother raised ten children. She graduated from Bell County High School and moved to Cincinnati, OH to work on an assembly line building airplanes during World War II. She later worked in the admissions department at Pineville Community Hospital for several years and was a longtime employee at Pine Mountain State Park where she worked at both the Golf Course and the Gift Shop before retiring at the age of 83.

Survivors include a son, Edward Walton of Bowling Green, Ky; a daughter, Kay Weil of St. Louis, MO; a grandson, Tim (Keddie) Weil; great grandsons: Henry and James as well as many nieces and nephews.

Cremation was chosen and a memorial service will be held at a later time. Cone Funeral Home in charge of arrangements.