Oh Brother – what a concert 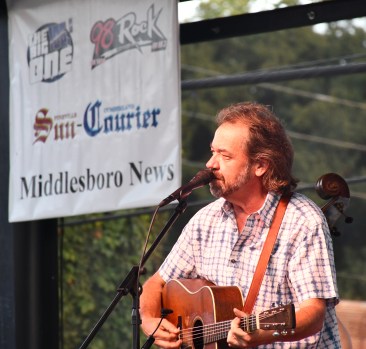 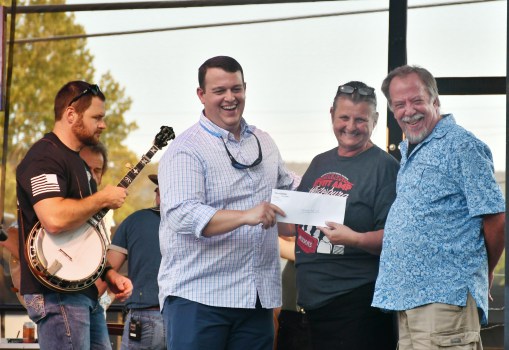 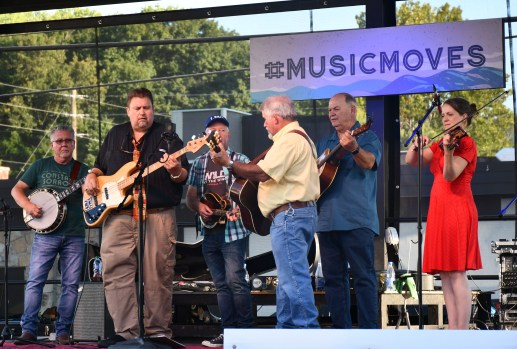 The Tennessee 90 Band at the Levitt AMP concert in Middlesboro are, from left, Mike Cosby on banjo, Travis Sutton on bass, Mitchel Cosby on mandolin, Jimmy Barnes on guitar, Bill Sowder on guitar and Rachel Cosby on the fiddle. Photo by Jordan Brooks

On August 25th, the Levitt music series welcomed Dan Tyminski, who has left his mark in every corner of modern music. Tyminski’s voice famously accompanies George Clooney’s performance of the Stanley Brother’s classic song “A Man of Constant Sorrow” in the film, Oh Brother, Where Art Thou, and his vocal collaboration with Swedish DJ Avicii on the song “Hey, Brother” was a global smash, and has been streamed more than 1 billion times.

“This is the concert we’ve been waiting for all year,” Dana Greene said.

The Dan Tyminski Band, which includes Maddie Denton on fiddle, Jason Davis on banjo, Grace Davis on bass, and Gaven Largent on dobro, will be on tour throughout the remainder of the year to promote an upcoming release of full-length album.

During the past few weeks, the Levitt AMP series in Middlesboro worked with local residents to raise money for flood-relief efforts in neighboring counties through the community cookout with Smithfield Foods, an auction with local artist Jamie Corum, as well as other donations that have collectively raised more than $5,000.

“It was week 3, and Dana pulled me to the side on the street and said ‘we’re gonna have to do something’,” said David Whitlock, with the local Levitt AMP Middlesboro committee. “And you all really stepped up to the plate and did something to help.”

The help was much appreciated in areas affected by flooding, such as Whitesburg in Letcher County.

“We have looked at Middlesboro for about everything we do,” said Steve Roof from Levitt AMP Whitesburg, one of the two representatives who came to accept the donations.

“This is going to be stepping stones for building back. I am happy to represent my neighbors, my family, your family, and all that have been hurt and affected by this flood. Cowan community center will do our part to see that the funds are used well,” Valerie Horn said, expressing her gratitude for the gift and prayers.

On Sept. 1, Robert Jon & The Wreck comes to the Levitt stage, bringing the sounds of southern rock and blues.

Since the group’s inception in 2011, Robert Jon Burrison, Andrew Espantman, Steve Maggiora, Henry James and Warren Murrel, have been electrifying audiences all over the globe with their soaring guitar leads, boogieing grooves, rich vocal harmonies and memorable tunes.

The Levitt AMP series continues through Sept. 15 at the Levitt concert venue at 2005 Cumberland Ave. in Middlesboro.