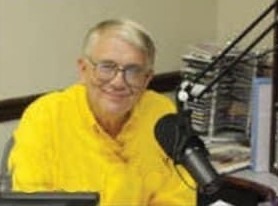 Tom was born at Flat Lick, Kentucky on July 15, 1943, to the late Albert Amis and Dorothy Sowders Amis.  He was of the Methodist Faith.

In addition to his parents, Tom was preceded in death by his wife of 37 years Linda Gail Amis, as well as an infant brother, Harold.

He is also survived by a very special sister-in-law, Vicki Estep.

Cawood Funeral Home is honored to serve the family of Thomas Edward Amis.