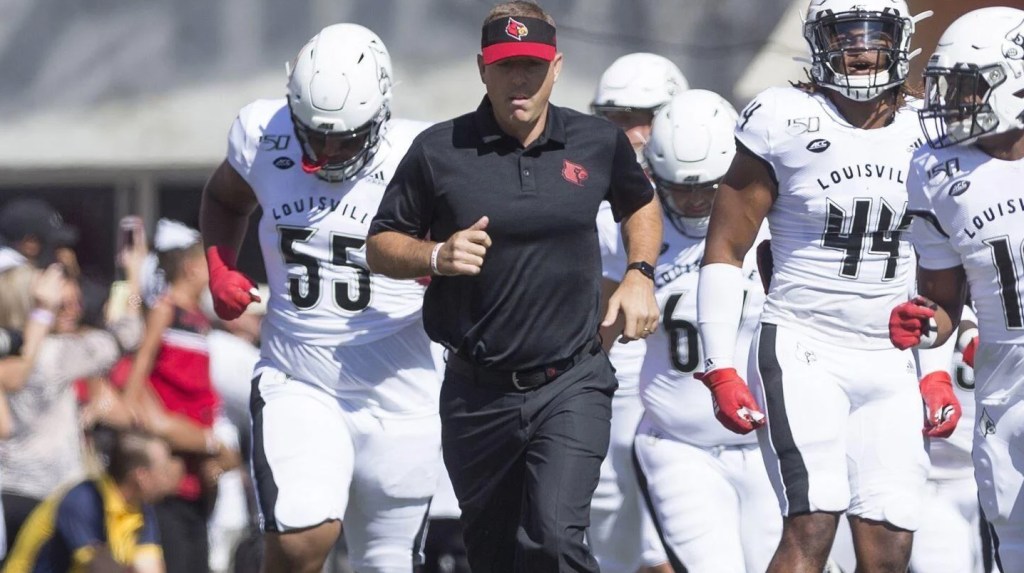 Louisville’s football team was picked to finish fourth in the Atlantic Division of the Atlantic Coast Conference by the media, and apparently the league’s coaches don’t have a very high opinion of the Cardinals either.

We know that, thanks to Athlon Sports. Anyone who follows sports knows that coaches rarely, if ever, talk honestly about another coach or team on the record. What we get instead is a steady diet of coachspeak praising peers and opponents. Seldom is heard a discouraging.

But Athlon, promising anonymity, convinced staffs at all 14 ACC programs to evaluate their league opponents, and the comments about U of L and coach Scott Satterfield are interesting, to put it mildly.

In summation, the coaches quoted think this is a make-or-break season for Satterfield, who is coming off back-to-back losing records, and they appear skeptical that the Cards will be much improved over last year when they finished 6-7.

Here is a sampling of the coaches’ comments:

“It’s win-now time. Other than Georgia Tech, this is the job that people think is going to come open in the league. You watch the coaching and player turnovers stack up, and it seems like (Satterfield) has drifted from what made him successful at Appalachian State.”

One coach cited Satterfield’s flirtation with South Carolina after the 2020 season as evidence that a parting of the ways is almost inevitable.

“I think the school and head coach figured out they’re not a great fit for each other awhile ago, and there hasn’t been a way to create a break yet. He’s tried to get out and it didn’t work, and there have been issues at the school that have probably bought him some time up until now. Unless they surprise a lot of people, this feels like the end.”

• ”Offensively, he’s still going to be calling plays, so I’m skeptical how different things are going to look with Lance (Taylor) as OC. They don’t seem settled on what they want to do with Malik (Cunningham). It’s hard to figure out their identity, but it’s also hard to see what they want it to be.”

• ”Defensively, they’re very average at best. They don’t pressure much; they don’t have anyone up front who bothers you.”

“Probably the thing that jumps out most is how much they’ve worked the (transfer) portal in both directions and how different that is from what Scott came from at App. They had a system of developing guys, building a very specific culture, and the last few years it seems like they’re always scrambling to rebuild that roster and define themselves.”

Beginning Sept. 3 at Syracuse, fans will get the first indication of how accurate those anonymous coaches’ evaluations are.