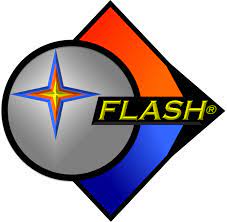 A Michigan company that processes steel for use by the U.S. military will soon be coming to Bell County.

Headquartered in Washington, Michigan, Flash Steelworks will take over the old tannery site in a project that has been six years in the making, said Judge Executive Albey Brock.

“The tannery property has been an environmental blight on the community for a long time,” said Bell County Attorney Neil Ward.

The Michigan-based business works to produce hard armor for the U.S. Department of Defense.

“(W)hat you see here today is a resolution where we secured $5 million in the state budget to build a 35,000 square foot facility in Middlesboro,” Brock said.

According to reports, the Defense Department has allocated $10 million for the project, and the court is applying for another $5 million in Community Development Project Funds from the state budget. No local tax dollars are earmarked for the project, but that could change in the future, Brock said.

Construction for the project is expected to begin later this year. Brock estimates that the project will bring 75-100 new jobs to Middlesboro.