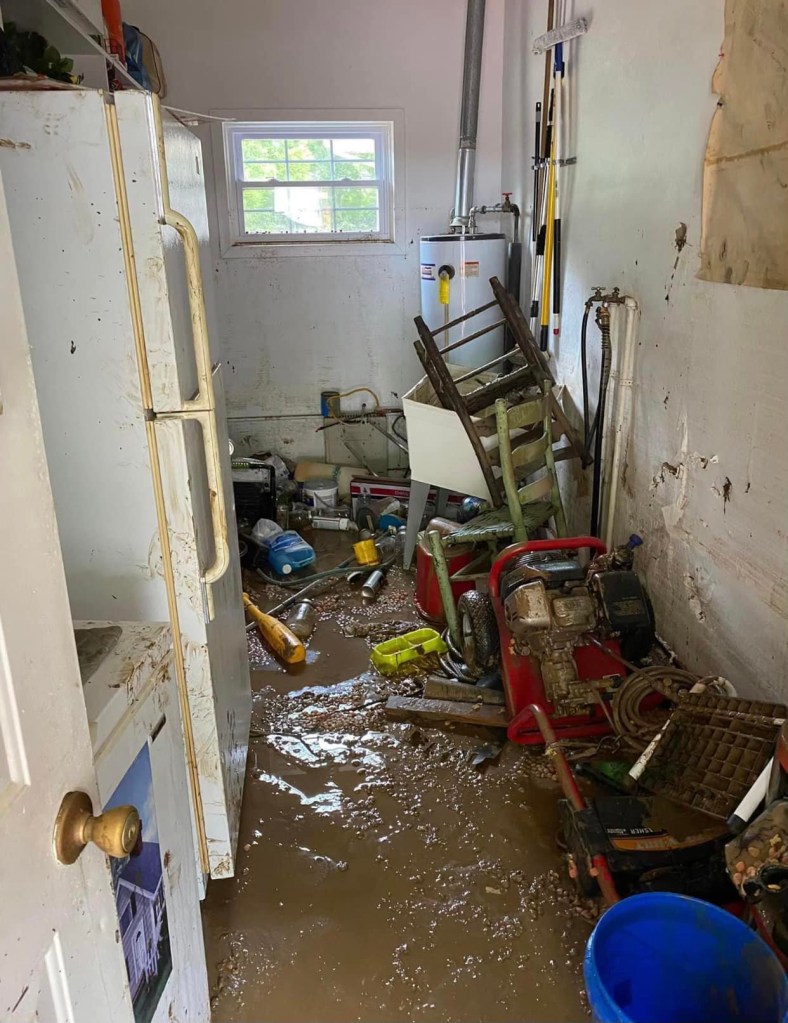 During a press conference Monday afternoon in Lost Creek with Kentucky Gov. Andy Beshear and U.S. Rep. Hal Rogers, R-Ky., Biden told reporters about one encounter with a local resident whose trailer was destroyed by the flooding. The man told the president that Kentuckians did not want to ask for too much.

Biden said he was stunned by the remark and said the federal government would stay and work with local and state officials to get everyone back on their feet.

“They’re Americans,” Biden said. “This happened in America. American problem, and we’re all Americans. Everybody has an obligation to help. We have the capacity to do this.”

The president also touted the bipartisan infrastructure bill Congress passed last fall as a way the federal government can help the region recover. He said millions in funding will go to communities like those hit in eastern Kentucky to bolster water supplies and communication, including high-speed internet.

“We’re the only country in the world that has come out of every major disaster stronger than we went into it… That’s the objective here. It’s not just to get back to where we were. It’s to get back to better than where we were, and we have the wherewithal to do it now.”

Lost Creek is in Breathitt County, one of a dozen Kentucky counties FEMA has approved for individual assistance.

Beshear told reporters the federal government also approved 100% coverage of cleanup costs for the first 30 days. That’s similar to what the Biden Administration approved for western Kentucky communities hit by tornadoes last December. Biden visited those communities just days after they were hit.

The president’s visit to Kentucky was the first he made since testing positive for COVID-19 twice since July 21.

The governor and state lawmakers expect to call a special session of the General Assembly to help approve state funding for the recovery effort.