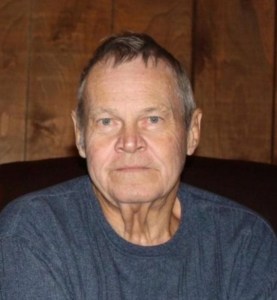 Fox was born on January 22, 1946 in Dewitt, KY to parents Dora Mills and William Fox Hensley both who precede him in death. He was Baptized at the age of 17 by William Boyd Bingham Sr. at Dewitt Baptist Church. He attended Knox Central High School in Barbourville, KY where he played Basketball and acquired his nickname “Foxie”.

Upon graduation He moved to Dayton, OH where he worked for Dayton Press and McCalls Printing. He returned to Knox County where he reconnected with Pamela Jeanne Widner whom he married on November 22, 1969 and would become his wife of 53 years. After marriage they returned to Dayton, OH until becoming pregnant with their first child. Fox not wanting to raise a family in a big city returned to the mountains and built their home in the small town of Bell County, where they lived until his passing.

Upon returning to Bell County, he was employed by his uncle Jimmy Mills at the A&P Grocery store in Pineville, KY. He would leave that job for the 17 year career of driving a rock truck for Mountain Drive Coal Company until their closure. His final job before retirement was with his in-laws & brother’s-in-laws’ family-owned construction company Widner & Sons Construction, where he enjoyed working out of town with his brothers-in-law & many friends he worked with.

Fox never met a stranger and engaged in conversation like he had known you all his life. He enjoyed helping with T-Ball when both his daughter & son played and continued to be active in Bell County Little League Baseball with his son and then in Middlesboro Senior League. He loved car racing & in his younger years had a Mustang he would race. In his older years he enjoyed it on television instead, watching NASCAR and Drag & Funny car racing with his favorite driver John Force. He loved his Kentucky Wildcats and enjoyed fishing; a love he shared on fishing trips with his children & grandchildren. He loved his fur-babies and is getting to play fetch again with his favorite girl, Coco.

A Celebration of Life will be conducted at 7:00 p.m., Tuesday, August 9, 2020 at the Green Hills Funeral Home Chapel with Dr. William Boyd Bingham III officiating.