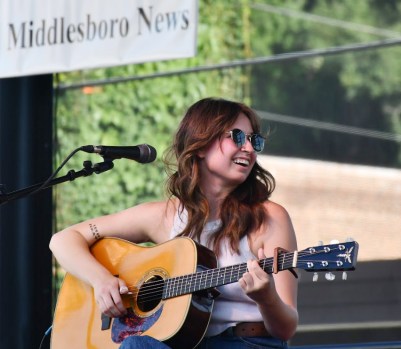 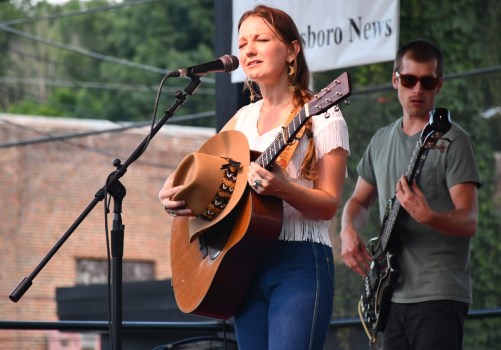 Raised in Monkey’s Eyebrow in Ballard County, Waldon learned music while working on the farm. She was the first artist to sign with John Prine’s Oh Boy Records in 15 years. In 2014 she released her first album, “The Goldmine.” Waldon currently has four albums with “No Regular Dog” coming out Aug. 12. Waldon performed earlier this summer at the Laurel Cove Music Festival in Pineville.

Waldon’s performance was preceded by an opening by up and coming artist Madilyn Goins, along with her band, The Day Trippers. Goins’ performance was accompanied by partner and performer Jordan Lee King.

Executive director of Middlesboro Mainstreet Joanie Jasper estimated the crowd at about 400 people.

This week’s concert begins at 6:30 p.m. Thursday and features guitarist, vocalist and songwriter Hannah Wicklund. This year’s Levitt amp series can be seen every Thursday of the month until Sept. 15 at the Levitt concert venue located on 2005 Cumberland Avenue in Middlesboro.