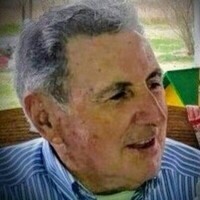 James Kenneth Osborne passed away peacefully at Dominion Senior Living of Athens on August 8 ,2022, with his boys by his side.

He was born in Henderson Settlement, KY on May 22, 1940, to the late Ben and Ella Mae McKinney Osborne. James enlisted in the Army in January 1959 and served eight years, with an Honorable Discharge in September 1967. He was a Veteran of the Vietnam War, who fought with the 25th Infantry Division from January 4, 1966, through November 16, 1966. He was wounded in battle, and spent several months in a hospital in Japan before returning home to Kentucky. He received a Purple Heart and the Republic of Vietnam Gallantry Cross, for his injuries and his valor. Though he rarely talked about these years, James was remembered and acknowledged for his service during an Honor Air Knoxville flight to Washington DC on October 2, 2018. James spent his life in service even after the war.

His passion was helping people, whether as an insurance salesman, head mechanic for Chevrolet, or operating a family dairy farm in East Tennessee. Until his health deteriorated a couple of years ago, he was most recently an energetic and skilled small engine repairman, helping people all over Monroe County with projects from lawn mowers to tractors. James survived the Vietnam War, metastatic melanoma skin cancer, five wives and multiple moves across the country. His life took on new meaning and direction when he met Mildred Tate at a square-dance in Friendsville, TN in 1982. She changed the course of his life completely, and they spent 33 wonderful years together before her death in 2016. He was a beloved friend to all who knew him over these years, and it has been sad for all to see the toll that Parkinson’s Disease has taken on his body and mind. In the end, he lived a great life.

He leaves behind five children, Wendy McFarland of Massachusetts, Tina Osborne Millette and Jackie Osborne Osterhaus, both of MN, Chris Osborne of Calhoun, GA and Brian Osborne of Madisonville, 14 grandchildren and 12 great-grandchildren, and his sisters Grace Partin, Wilma Bowling and Janice Bradley. In addition to his parents and his wife Mildred, he is preceded in death by his stepson Winston Tate, and his brothers, Cecil, Alex, Herman and Dennis Osborne.

The family will receive friends from 5:00 p.m. until 7:00 p.m. Friday at Biereley-Hale Funeral Home.

Interment will be conducted at 2:00 p.m. on  Saturday, August 13, 2022, at the New Lambdin Cemetery, Frakes, Kentucky with Full Military Honors presented by the Jellico Honor Guard.

Remembrances can be made in the form of contributions to funeral expenses, mailing address: The Osborne Family, 181 Big Creek Road, Madisonville, TN 37354. Donations in excess of funeral costs will be sent to the Disabled American Veterans (DAV) organization in memory of James.