Feds will raise nursing-home payments, not cut them 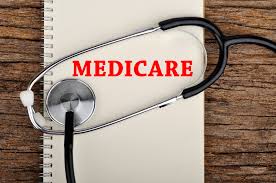 Nursing homes will get a big increase in payments from Medicare payments instead of the cut that the Centers for Medicare and Medicaid Services originally planned.

“In April, CMS proposed cutting Medicare Part A payments to nursing homes by $320 million. The transition to a new nursing-home payment model in 2019 inadvertently led to a 5% pay increase in fiscal 2020, requiring a decrease in payments next year, according to the draft regulation,” Modern Healthcare reports. “But the agency has changed course, and will phase in that payment correction over two years to ease the burden on providers still struggling with the Covid-19 pandemic, the final rule says.”

That means nursing homes will get a 2.7% increase next year in Medicare rates, an overall increase of $904 million. “While this is relatively more advantageous for skilled nursing facilities than the initial proposal, it falls short of the three-year phase-in the American Health Care Association/National Center for Assisted Living requested,” MH reports. “AHCA President and CEO Mark Parkinson nevertheless believes the final rule will help providers during a stressful time.”

LeadingAge, the lobby for not-for-profit providers, was unhappy. “We warned CMS that this is not the time to cut payments,” President and CEO Katie Smith Sloan said in a news release. “Spreading the impact of the adjustment over two years . . . is helpful, but the end result adds to the chronic financial neglect of our nation’s nursing homes—in a time of real crisis.”