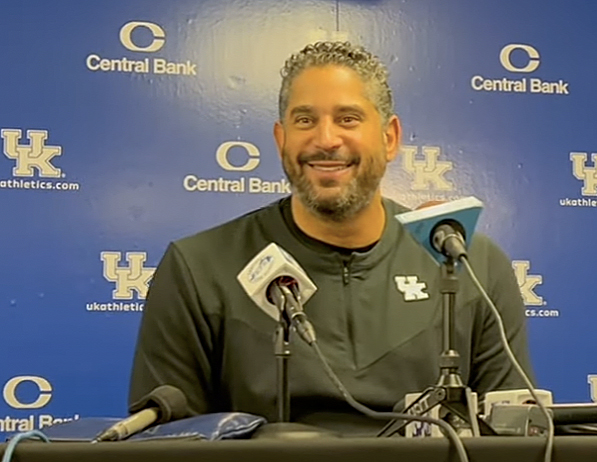 The Bahamas is beckoning Kentucky.

In less than two weeks — Aug. 8-14 — the Wildcats will embark on a four-game excursion of the island in preparation for the upcoming season. Behind the scenes, Kentucky has been preparing for the overseas excursion and the team’s coaching staff has been impressed with the progress of the veterans and newcomers.

“What’s surprising will be the chemistry,” Kentucky assistant coach Orlando Antigua said. “The chemistry, especially with the new guys, how the veterans have really embraced them.”

“Having a lot of that experience back has been positive for us,” Kentucky assistant coach Chin Coleman said. “Our guys all know what it is, know what to expect, so it’s kind of been cool in that sense to coach a veteran group with really good newcomers. These guys are all adapting well (to) each other.”

Despite the early rapport on the court, more work lies ahead for the Wildcats.

“One of the things that Cal is special at is making them uncomfortable and then getting them to understand how to be comfortable being uncomfortable,” Antigua said.

The chemistry has been a plus so far, but both coaches like the team’s versatility.

The players are starting to get a feel for the sacrifice it takes to be successful and some players are already having early workouts in order to keep improving.

“Our guys are taking advantage of the culture and working extremely hard to the point where some guys have to dial back a little bit because some guys are working out three times a day, four times a day,” Coleman said.

Antigua hopes the Wildcats can build on the team’s early bonding in the Bahamas.

“This trip is huge for the chemistry building, team bonding, and to allow us as a staff to try some things that we want to try to tweak when we get back in the fall,” Antigua added. “Cal is a master at understanding and getting a feel for his teams in terms of when we need to push or we need to back off to bring them along. We’ll obviously make some adjustments in the fall and not start off as early as we normally would in a year we’re not traveling.”

Antigua added the early start on the season will not hinder the team’s ultimate goals starting in October.

“Those are problems we want,” Antigua said. “But, you can’t look at it that way. This trip is huge for the chemistry-building, the team-bonding and it allows us as a staff to try some things that can tweak in the fall.”