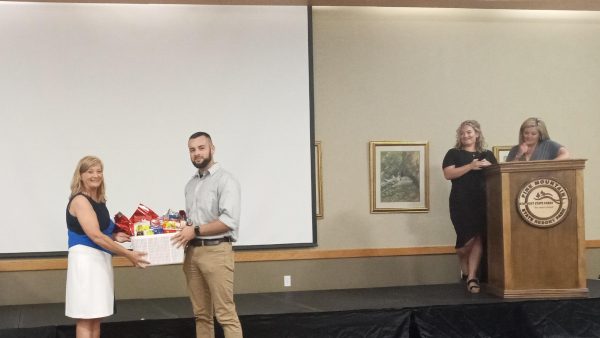 The Bell County Chamber of Commerce hosted its annual dinner Friday at the Pine Mountain Resort Park lodge. The event is an opportunity to recognize the contributions of chamber members throughout the year.

Bell County Chamber of Commerce Director Sheila Durham and LeAnna Whitaker announced the winners while also having a bit of fun and games, incorporating the audience into the program. Durham and Whitaker introduced award winners, as well as prize winners throughout the evening. Award winners were nominated by members of the community and by other chamber members.

Richard Smith announced during the event that this would be his last year as chamber president.

• Volunteer of the Year – Boone Bowling

• Businessman of the Year – Bo Hoe

• Business of the Year – Hearthside Bank

• Bicycle that was donated by Food City,