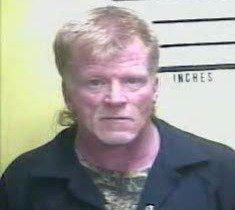 On Wednesday July 13, 2022, Bell County Deputy Austin Poindexter was dispatched to a Stone Creek Drive residence in Middlesboro in response to a reported rape. The call came a short time after the woman returned to her home unexpectedly after being reported missing for three days. Middlesboro Police had been at the home investigating the disappearance when she showed up, but she did not say what had happened to her. 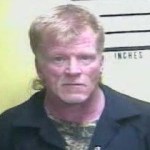 During Deputy Poindexter’s investigation, the woman claimed that during the time she was missing, she had been picked up by a man, taken to his residence in Hinks Heights, held against her will and forcibly raped four times.

On Wednesday, July 27, 2022, after several days of investigation, Deputy Poindexter issued an arrest warrant for 52-year-old Mark England of Middlesboro and a search warrant for his residence. England was not home at the time of the deputy attempting contact, but he was located a short time later at Binghamtown Market, a short distance from his residence.

After the arrest warrant was served and England was taken into custody, a search of his residence was conducted, and several items were seized as evidence.

Mark England was lodged in the Bell County Detention Center charged with rape – 1st degree and unlawful imprisonment. He had been out on bond for several previous charges including strangulation and assault in 2021. That bond previous bond has been revoked.