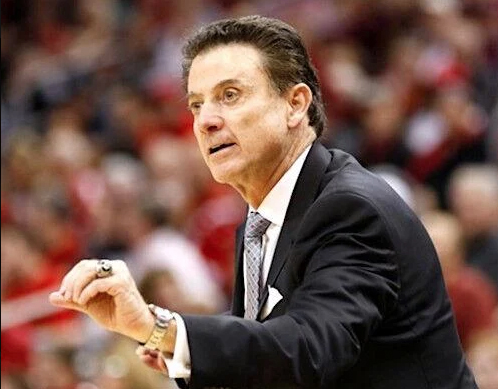 The NCAA has issued new allegations against current Iona coach Rick Pitino in the Brian Bowen recruitment case, charging that the former Louisville coach was complicit in the bribery scheme involving Bowen and Adidas. The news was first reported by The Courier-Journal, which obtained the information through an open records request.

The NCAA’s Complex Case Unit lodged the additional allegations of infractions based on charges in a book by former Adidas consultant Merl Code titled “Black Market,” in which he alleges in an account of his conversations with Adidas executives that Pitino was aware of and authorized a $100,000 offer to Bowen’s father. The CCU submitted its original Amended Notice of Allegations on Sept. 30, 2021. 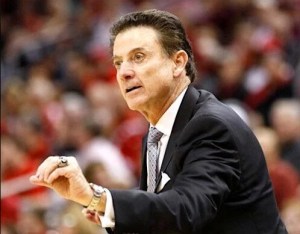 Pitino has repeatedly and passionately denied the claim, and his attorney tried to block publication of Code’s book with an unsuccessful cease-and-desist letter prior to the book’s release on March 1.

Code wrote that Bowen became ineligible “because of payments that I helped facilitate at the request of his father and the Cardinals basketball program with the approval of both the Louisville and Adidas hierarchies.” Code said Pitino was not only aware of the payments, but authorized them.

“As a consultant for Adidas, I did not act on my own, nor could I have done so,” Code wrote. “I simply ran the proposition by my bosses, who did the same after consulting with Rick Pitino, and the answer that came back from up high was, ‘Rick wants our help. Get it done.’”

Pitino’s last comment on the matter came in a Twitter post: “For the 10th time, I have no idea who Merle (sic) Code is and why he’s using me and others to be relevant.”

Bowen’s father and Code’s co-conspirators, Christian Dawkins and T.J. Gassnola, all stated Pitino was unaware of the payments.

In its response to the CCU’s latest allegations, UofL describes Code’s claims as “triple hearsay” and the CCU’s reliance on a book by a “convicted fraudster” as “wildly improper.” Both Code and Adidas executive James Gatto were sentenced to prison terms for their role in the scandal. Both declined to be interviewed by NCAA investigators.

“Reasonably prudent people would not rely on statements made in Code’s book to guide their conduct of serious matters because Code was convicted of engaging in a criminal conspiracy to commit fraud relating to the subject matter on which the CCU is relying,” UofL further said in its response. . . “Including sensational allegations in his book, regardless of their accuracy, is an obvious path to goose book sales (and Code’s earnings) and, perhaps in the eyes of some, lessen his culpability for the crimes he committed and rehabilitate his image.”

UofL reportedly had a hearing in Los Angeles on June 17-19 before the accountability resolution panel, but that meeting has never been confirmed by the NCAA or the university.

The CCU contends Adidas “went far beyond providing apparel at no cost,” to Louisville and named the school one of its three “flagship” programs above all other institutions with whom it had sponsorship agreements.”

UofL responded that the differences perceived by the CCU “are not, in fact, differences at all” because performance bonuses, marketing funds and internship programs are common in college sponsorship deals with Adidas, Nike and Under Armour.

“There can be no reasonable dispute that the key terms in the university’s Adidas contract are widespread in the apparel sponsorship context. If the (IARP) panel holds that the existence of the terms referenced in the CCU reply caused Adidas to become a booster of the university, the fallout will not be limited to Louisville.”

In its April 25 response to UofL’s earlier arguments that Adidas and its agents were not representatives of the school’s athletic interest, i.e. boosters, the CCU disputed that stance.

“Not only did the membership contemplate this scenario, they feared shoe apparel company involvement and influence in the recruitment of elite student-athletes and put safeguards into place in an attempt to prevent precisely what occurred in this case.”

All of this adds up to more headaches and expense for UofL. The Courier-Journal reported last week that

Neal Katyal, a partner in the Washington, D.C.-based law firm Hogan Lovells, is charging U of L $2,465 per hour, according to billing records obtained through a public records request.

According to a report by Bloomberg Law last month, Katyal’s hourly rate was the highest it was able to identify. UCLA law professor Lynn LoPucki, who tracks billing rates, said the $2,465 rate is also the highest he has seen.

The C-J quotes Louisvillle attorney Jon Fleischaker as saying about Katyal’s rate, “I’m absolutely astonished. If that’s really what he’s charging, that’s inexplicable. I don’t know why anyone would ever agree to that in Louisville, Kentucky.“… For the University of Louisville to pay that seems to me to be extravagant beyond belief.”