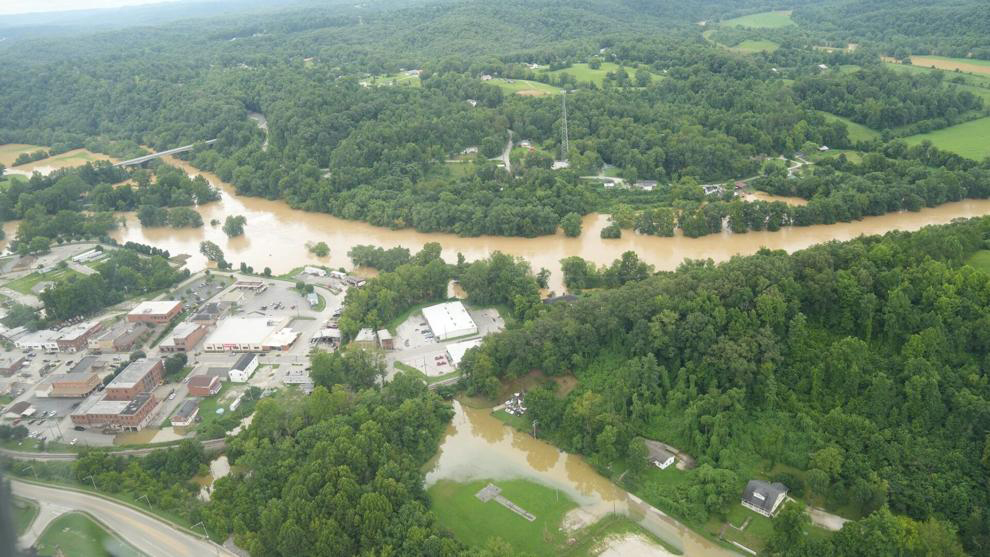 At least 37 people have been confirmed dead due to devastating flooding that has hit the southeast part of the state, and Gov. Andy Beshear says the number will continue to grow in the coming days, as more areas become accessible. 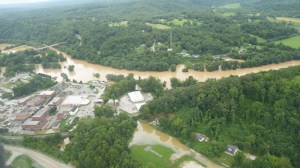 The large loss of life has overwhelmed local authorities, according to the governor, forcing the State Medical Examiner’s Office to help in the disaster. “We’ve had to fly the bodies here to Frankfort, to have enough staff to perform the autopsies. We do have a refrigerated truck being used right now, because we don’t have enough morgue capacity.”

Beshear says there are more than 300 Kentucky National Guard members fulfilling a variety of roles to help residents in the disaster area.

“Delivering supplies, search and rescue, augmenting police, traffic, debris removal, they’re really good at it,” he stated. “Our Guard has been amazing.  I got a chance to spend a moment with out Guard that has been airlifting people.  They were exhausted, but they were living their mission.  They were ready to go again at a moment’s notice.  We are so proud of them, State Police, Fish and Wildlife, law enforcement, and individual citizens who recued more people than all those others combined.”

Thirteen counties have been declared major disaster areas by President Joe Biden, which frees up federal aid to local government for recovery efforts, and five of them have also been approved for individual assistance.

Southern Baptist Disaster Relief teams from Kentucky, Alabama and a number of other states are responding to the emergency.

FEMA representatives are on their way, but residents in those affected areas can call 1-800-621-FEMA or go to disasterassistance.gov, to begin the process.

The governor said cell service is now being restored in many areas, which should aid in the search for people who are reported to be missing.

Other services and information for flood victims can be found at https://governor.ky.gov/disaster-response/flood-resources.

As of 9 a.m. Monday, there were still more than 12,000 people who had no electricity power, according to the Governor, down from close to 30,000 at its peak.  “The counties with over 1,000 customers without power are Perry, Letcher, Pike, Breathitt and Knott, and I know crews are working hard to restore it.”

Hundreds of people remain unaccounted for, and those concerned about their loved ones who still don’t have phone service can go to http://kentuckystatepolice.org/post-locations/, and call the post that serves their county.  Troopers will try to track them down, to give you peace of mind.

The disaster has led to Beshear cancelling his planned trip to Israel later this week to help get Kentuckians through this crisis.

He also signed an executive order on Monday to suspend fees for replacement driver’s licenses and permits, as well as replacement of motor vehicle registration and titles, for those whose documents were ruined in the flooding and mudslides.

While cell phone service has been restored in many areas, other utilities are still reporting outages, as of Monday morning.

• There were around 12,000 customers without power.

• 25,325 service connections were without water.

• 44,119 service connections were under a boil water advisory.

• 22 water systems have limited operations due to power outages and storm damage.

• 17 wastewater systems have limited operations, primarily due to flooded infrastructure and are experiencing discharges from portions of their systems.

There have been 12,035 donations to the Team Eastern Kentucky Flood Relief Fund, totaling $1,534,308.30, as of Monday morning. To donate, visit TeamEKYfloodrelieffund.ky.gov. The first distribution of funds will go toward paying for each victim’s funeral, which was the case with the fund established to aid tornado victims in western Kentucky.