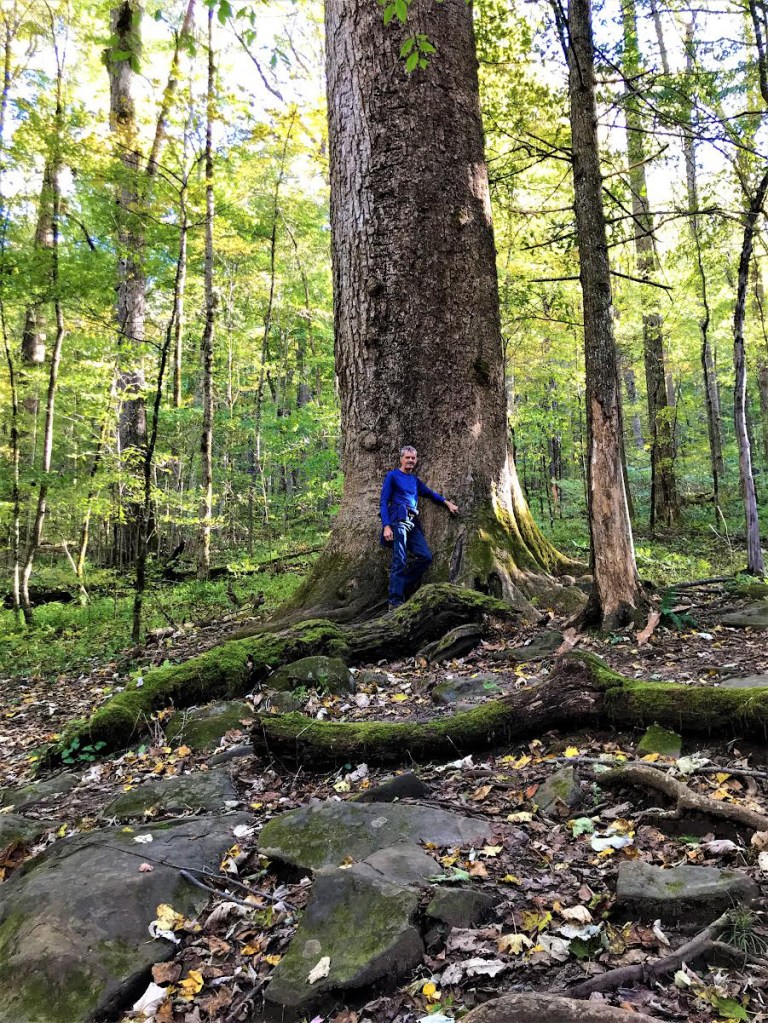 Research indicates that the history of our forests has been one of constant change. Photo submitted

Most people envision that when Europeans first came to America there was a vast, unbroken expanse of trees stretching from the coast to the western plains. This is our vision of a wilderness, forests untouched and unchanging. Research however indicates that the history of our forests has been one of constant change.

Let me take you back in time for a look at our early forests. Back 20,000 years ago, it was much colder than it is today. The last Ice Age was occurring, and glaciers from the north had pushed down as far as the Ohio River. Our local climate was more similar to central Canada, and the forests were primarily Spruce and Fir evergreen trees. If you’ve ever observed the trees at Clingman’s Dome in the Smokies, you know what our forests looked like. This type of forest is called Boreal, which means “of the north.”

Around 14,000 years ago humans moved into the area, crossing a land bridge between Alaska and Russia. The land bridge was created due to Glaciers locking up a great deal of water, which dropped the sea level. The forests were still Boreal.

6000 years ago, there was a rapid warming of the climate and the Glaciers receded. The Boreal Forest retreated north, and from the south deciduous forests returned with species we are familiar with today: oak, chestnut, hickory, maple, and poplar.

The natives living around this time had only Stone Age technology, but they did have one tool that could strongly impact forests – fire. The earliest people were a hunting society, and burned the forests to make them more open grown to allow more sunlight in to support shrubs, forbs, and other low vegetation that would provide food for wildlife.

As the native culture continued to develop, they turned more to agriculture for food. This required cleared land, so again fire was used to create openings, more often along streams where the soil was deep and moist. Fires set along the creek bottoms would naturally move up into the dryer mountains and burn them also. These regular burns (every 2-7 years) gradually created a more open landscape, with forests broken by open grasslands that could tolerate fire. When Europeans arrived around 500 years ago and took a look around, they did not see vast unbroken forests, but a mixture of grassy openings, open woodlands, and closed canopy forests. There were early reports was more grassland than forest.

As European populations replaced the Indian population, forest fire frequency was greatly reduced, and the grasslands and open woodlands gave way to closed canopy forests eventually made up of large trees by the 1700s. This was when history began to be better documented, and so the notion that America was a vast forested wilderness formed.